The Rajasthan MLA's comments come at a time when several states in the country have reported an outbreak of avian flu. 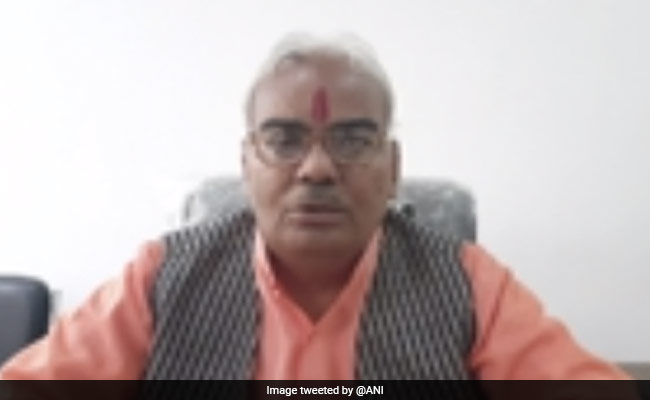 Rajasthan MLA Madan Dilawar has said the protesting farmers are merely on a picnic.

The raging farmers' agitation around the national capital could lead to a nationwide bird flu problem since the protesters are eating chicken biriyani to spread the epidemic, a BJP legislator from Rajasthan has said. In a video doing the rounds on social media, Ramganj Mandi MLA Madan Dilawar is also seen saying that those who are conspiring to create such a crisis in the country could be "terrorists, robbers, and thieves".

Attacking the farmer protesters, Mr Dilawar says in the video that the protesting farmers aren't giving a thought to the country or its people. The protest is only a picnic, he says.

"They are merely relishing biryani. They are eating kaju-badam (dry fruits). They are enjoying in all ways. They are changing their appearances frequently. There could be many terrorists among them. Thieves and looters, too. They could be the enemies of farmers," Mr Dilawar says.

"I suspect that if the government does not remove them in the next few days, either by pleading or by use of force, then the country will face the problem of bird flu," he said.

Referring to the comments as "shameful", Mr Dotasra tweeted asking, "Are you calling this movement of the food-providers, of those who feed you, a picnic, and responsible for bird flu?"

The attack on Indian farmers, including the charge that they are spreading bird flu, by small right-wing groups is sad. The protesting farmers have been honorable, standing up not just for their own interest but for the larger cause of democratic rights. They deserve to be heard.

Thousands of farmers from Punjab, Haryana, Uttar Pradesh, and Rajasthan have been camped in and around Delhi in decrepit conditions for the past many weeks. They have been protesting against three recently-passed farm laws perceived to be harmful to them.

While several volunteers and NGOs have stepped in to help the protesters with food, water, shelter, and sanitation, a number of farmer groups themselves have been ensuring supplies such as food grain, oil, and biscuits.

Earlier, too, visuals had been circulated on social media alleging that the farmers were relishing biriyani at the protest sites around Delhi. The protesters have also been called "Khalistanis" by detractors.

The Rajasthan MLA's comments come at a time when several states in the country, such as Kerala, Rajasthan, and Haryana have reported an outbreak of avian flu.