"There will be no more observers," Mamata Banerjee said at a meeting of the Trinamool Congress today. 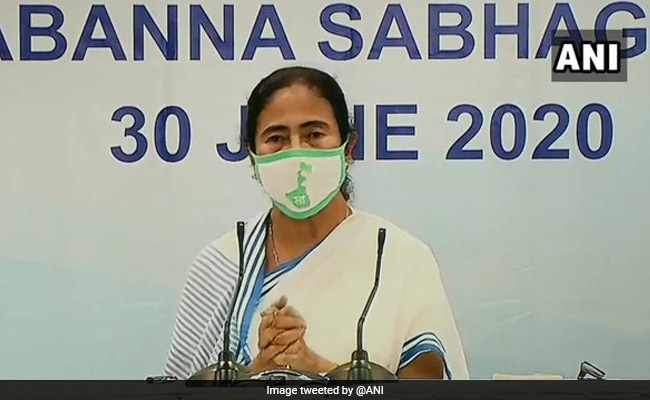 The observer regime of the Trinamool has been replaced by a pyramid structure. (FILE)

Two days after the virtual rally of July 21, where she kicked off the campaign for West Bengal Assembly elections due next year, Mamata Banerjee on Thursday made a series of structural changes in her party's organisation to take on her main political rival, the BJP, that made significant inroads into the state in the 2019 Lok Sabha Elections and continued its offensive over the last one year.

"There will be no more observers," Ms Banerjee said at a meeting of the Trinamool Congress today. Instead, she put in place a State Coordination Committee of 21 people, seven of which will form an even tighter steering committee.

The end of the observer regime signals the end of a top down approach, said sources, something that caused heartburn at the grassroots when 'head office babus' came calling with impossible-to-meet demands.

The observer regime has been replaced by a pyramid structure with District Committees at the base, then a 58-member State Core Committee, followed by the 21-member State Coordination Committee and then the 7-member Steering Committee.

Many of the decisons at the meeting today were taken on the direct feedback from poll strategist Prashant Kishore and his group IPAC.

"It was feedback unadulterated by the need to please the leader, without any political agenda, with no political axe to grind," say sources. " So the decisions taken were in the best interest of the party and not a particular person," they added.

The feedback was based primarily on the kind of fightback Trinamool leaders had put up in districts where they had suffered in the 2019 Lok Sabha polls and on the reported corruption of relief distribution.

In the new structure, youth leaders have nudged aside veteran. Many of the youth leaders promoted as district chiefs are around 40-year-old.

The most prominent youth leader going up the ladder is Trinamool MP Abhishek Banerjee, Mamata Banerjee's nephew and the president of Trinamool Youth Congress. He is now a member of the state Coordination Committee as well as the Steering Committee.

The party's new structure is "a balance of youth and experience," said the sources, leaning in favour of the youth.

There is also a district-specific focus in the reshuffle with a focus on factors like caste and community.

The most startling decision with a community in mind is naming Chatradhar Mahato, as a member of the State committee.

Mr Mahato was the leader of the pro-Maoist movement in Lalgarh back in 2008 to 2011 and was arrested in 2009 under UAPA. He was released from jail this February. He is considered hugely influential in Jangal Mahal, the tribal swathe in Birbhum, Purulia, West Midnapore and Jhargram districts where the BJP has made inroads.