Nipah In Kerala: Know More About The Virus And Find Out Why It’s Dangerous

Nipah is a zoonotic virus, meaning it can jump from animals to humans. 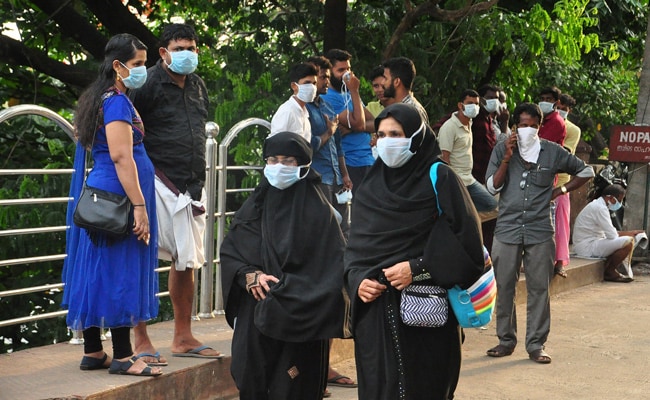 Nipah virus can be transmitted through contaminated food or from one person to another. (File)

Kerala, battling a surge in COVID-19 cases, is now facing another challenge with the breakout of the deadly Nipah virus. The death of a 12-year-old boy in Kozhikode on Sunday after being infected with the zoonotic virus has sent alarm bells ringing. Though most of the preventive measures for Nipah — such as the use of masks and PPE kits — are already in place due to the coronavirus, the situation demands urgent attention.

The Central government has stationed a team from the National Centre for Disease Control (NCDC) in Kerala to assist the local authorities in controlling the spread of Nipah. The NCDC had successfully managed a localised outbreak of the Zika virus in July this year in Thiruvananthapuram. In a sort of relief for health authorities, the sample of eight people who came in contact with the 12-year-old Nipah victim has returned negative. The samples were sent to the National Institute of Virology (NIV) in Pune.

What Is Nipah Virus?

It's a zoonotic virus, meaning it can jump from animals to humans. But the transmission is not restricted to that behaviour of the virus only. It can also transmit through contaminated food or from one person to another. The virus takes its name from the village in Malaysia where it was first detected and where it claimed its first victim.

Although Nipah virus has caused only localised outbreaks in Asia since then, it can lead to severe diseases in animals such as pigs. That is why it is a public health concern. Nipah virus is a member of the family Paramyxoviridae, genus Henipavirus. The animal host for Nipah Virus is the fruit bat, also known as the flying fox.

How Does Nipah Virus Spread?

Infected fruit bats can spread the disease to people or other animals. People can get infected if they have close contact with an infected animal or its body fluids (such as saliva or urine). This initial jump from an animal to a person is called the spill-over event. Once it spreads to people, person-to-person spread can occur.

What Are The Symptoms?

Once the Nipah virus infects a person, it causes a range of illnesses, from asymptomatic to acute respiratory illness, and fatal encephalitis. The initial symptoms include fever, headache, muscle pain, vomiting and sore throat. These can be then followed by dizziness, drowsiness, altered consciousness, and neurological signs that indicate acute encephalitis. Some people may experience seizures and even slip into a coma within 24 to 48 hours. The usual incubation period ranges from 4 to 14 days, but an incubation period as long as 45 days has also been reported. Its fatality rate is 40–70 percent of those infected, according to the World Health Organization.

How Is It Treated?

There is currently no drug or vaccine available for its treatment or prevention. The WHO says it has identified Nipah as a priority disease for research and development. In case an outbreak is suspected, animals should be quarantined immediately and their culling should begin with close supervision of burial or incineration of carcasses.

How To Prevent Nipah Virus?

Reduce the risk of bat-to-human transmission by focussing on the bat's access to food products.

Reduce the risk of animal-to-human transmission by wearing gloves and other personal protective equipment and gear, including masks.

The first known outbreak of the Nipah virus was in 1999 in Malaysia when it infected pigs. Singapore was also affected. This outbreak resulted in nearly 300 human cases and more than 100 deaths, according to the Centre For Disease Control And Prevention. No new outbreaks have been reported in these countries since.

In 2001, the virus was detected in Bangladesh. Outbreaks have been reported every year since then in the country and, at times, the disease has also crossed the border into eastern India. The virus has shown to spread from person-to-person in these outbreaks, raising concerns about the potential for Nipah to cause a global pandemic.

In India, the outbreaks have been limited to West Bengal and Kerala. In West Bengal, the first outbreak was reported in Siliguri in early 2001. But most people in the country came to know about it in the summer of 2018, when several people were infected and died in Kozhikode, Kerala.

Evidence of the Nipah virus has been found in Pteropus bat species and several other bat species in many countries (mostly in Southeast Asia), including Cambodia, Ghana, Indonesia, Madagascar, the Philippines, and Thailand. This puts each of these countries at risk.