Exclusive: Before And After Satellite Photos Of Uttarakhand Disaster Site 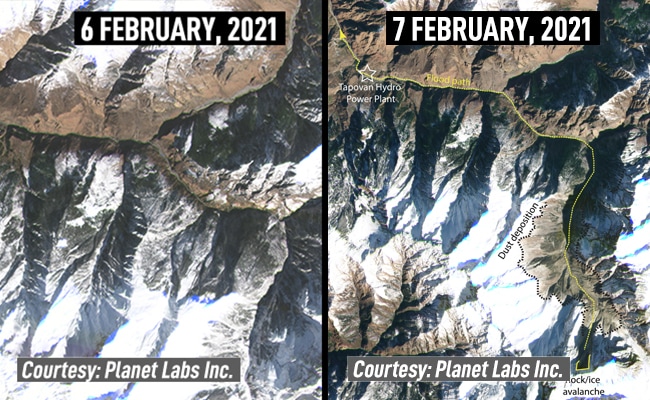 Medium resolution satellite imagery sourced by NDTV from Planet Labs. Inc show before and after images of the ridge-line near Joshimath from where ice, snow and rubble collapsed into the narrow river-valley of the Dhauliganga, a fast-flowing river that joins the Alaknanda river.

Debris from the avalanche, widely reported to be a ''glacier burst'' destroyed two hydel power plants a short distance away. 31 people have lost their lives and more than 200 are presently missing.