"Entire Country Will Thank You": A Farmer's Letter To PM's Mother 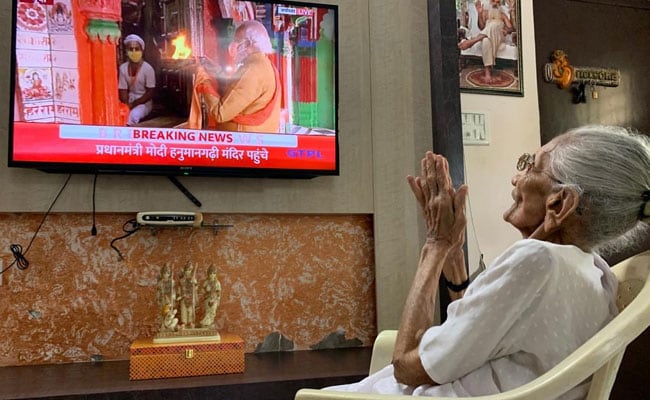 "One can refuse anyone except one's mother," the letter to the PM's mother says.

A farmer from Punjab, protesting for months along with thousands like him, has written an emotional letter to the Prime Minister's aged mother, urging her to convince her son to repeal three Central agricultural laws that have sparked a major agitation in the country. He hoped in the letter that she would use all her powers as a mother to make PM Narendra Modi change his mind.

The charged letter, written in Hindi by one Harpreet Singh of Village Golu Ka Modh in Punjab's Ferozepur district, covered several emotional points while appealing to the almost 100-year-old Heeraben Modi. This included, among others, the weather conditions under which the farmers are protesting, the popular nature of the demand to repeal the laws, farmers' contribution in wiping out hunger in the country and also in securing its borders.

"I write this letter with a heavy heart. As you would know that the annadatas who feed the nation and the world are forced to sleep on the roads of Delhi in this biting winter due to three black laws. This included 90-95-year-olds, children, and women. The cold weather is making people ill. They are even being martyred, which is a cause for worry for all of us," Mr Singh wrote.

"This peaceful agitation along Delhi's borders has been caused by the three black laws which have been passed at the behest of Adani, Ambani, and other corporate households," he wrote.

Mr Singh is among thousands of farmers camped in and around Delhi for more than a month-and-a-half, protesting against the laws passed by Parliament last September. Several rounds of talks have been held with the government but none that led to a breakthrough.

Over 75 protesters have, meanwhile, lost their lives during the agitation, with some of them even dying by suicide.

Mr Singh himself was arrested a few days ago for holding a protest without permission in Simla, according to a PTI report. He was released on bail shortly after.

"I write this letter with a lot of hope. Your son Narendra Modi is the Prime Minister of the country. He can repeal the farm laws that he has passed. I felt that one can refuse anyone except one's mother," Mr Singh wrote in the letter.

"The entire country will thank you. Only a mother can order his son," he said.