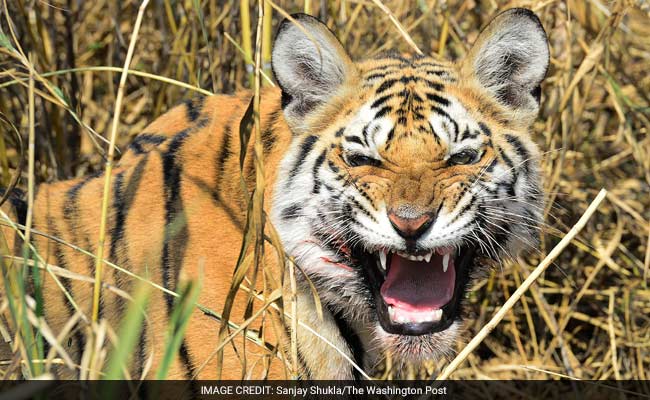 Pench Tiger Reserve, India: The tigress lay partly obscured by a lantana bush, attracting a crowd of nature tourists with safari gear and long camera lenses who assumed she was napping in the sun.

But when the tiger nicknamed Baghinnala didn't move, park rangers eventually realized the awful truth - she was dead, along with two of her four cubs. She had been poisoned.

The big cat had been a familiar sight at the tiger reserve in the central Indian state of Madhya Pradesh, an area abounding in teak trees, spotted deer, langur monkeys and more than 40 wild tigers that is believed to be the inspiration for Rudyard Kipling's "The Jungle Book." She had been such an important presence at the park that villagers protested after her death and the safari jeep drivers briefly went on strike.

Baghinnala's death, along with those of five other tigers from the famous reserve this year, has again focused attention on the perils facing the big cats in the wild, even as a new study shows the global tiger population rebounding for the first time in decades. 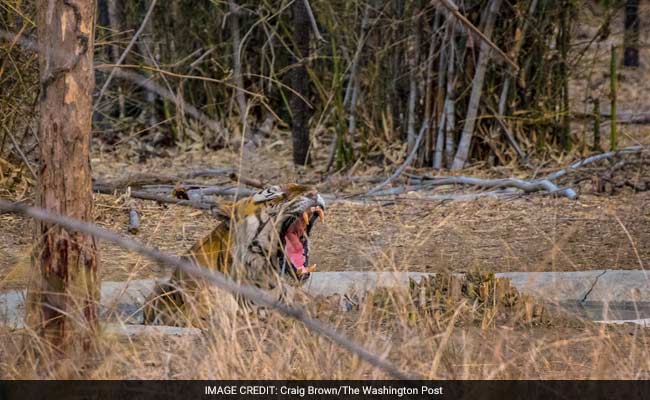 Poaching, loss of forest, encroaching development and a booming market in smuggled tiger parts in China continue to threaten the endangered animals, experts say, despite the encouraging comeback. Thirty tigers have already been killed by poachers in the first part of this year compared with 25 all of last year, according to the Wildlife Protection Society of India.

"The biggest enemy is man," said S.K. Patel, a deputy ranger at the reserve. He was working on a recent Saturday with his hand still bandaged after a swipe from a tiger startled out of the tall grass. He was feeling lucky to be alive.

Some experts have questioned the country counts, saying it's far too soon to declare victory. Smaller-scale, more-intensive studies at some reserves in India do show significant local increases, according to K. Ullas Karanth, science director for the Wildlife Conservation Society in Asia. But a true rebound over wider regions will take time.

"The recovery is very slow. It will take a couple of decades," Karanth said. Further, he said, the methodology of the global report is questionable, particularly in countries such as Russia that still rely heavily on track marks for their counts.

Rajesh Gopal, secretary general of the Global Tiger Forum, a preservation group, said that camera traps have recorded more than 70 percent of the tigers in India and that others are tracked by DNA analysis of scat and additional methods.

India's tiger conservation program has been in place since 1973, and the animal remains both an important symbol and a key part of forest ecosystems across the country.

The government hopes to add five more reserves in the coming years and has taken steps to boost tiger tourism - launching a new luxury "Tiger Express" train here next month, for example. A 2015 study of six Indian reserves showed that tigers bring in $124 million to $262 million to local economies.

The Pench terrain was described in naturalist R.A. Sterndale's 1877 book "Seeonee, or Camp Life on the Satpura Range," which Kipling is thought to have drawn on to write "The Jungle Book," published in 1894. Local legend has it that a "wolf-boy" similar to Kipling's Mowgli was found here long ago, though the cave where he was said to have lived is now occupied by a cranky ascetic, according to a recent report in the Times of India newspaper.

Experts say that tigers are outgrowing about 40 percent of the country's 49 tiger reserves and that this is pushing them into inhabited areas where they could be poached, hit by cars or trains, or killed by villagers.

In February, a male tiger moving outside the forest area from Pench was spotted in a field. A crowd gathered, and the spooked animal took refuge in someone's house. He was tranquilized by forest officials and taken to a nearby reserve.

Most of the tigers that have died here recently have succumbed while wandering outside the preserve's core zone, according to Subharanjan Sen, the reserve's field director.

One fell into a well, while another was ensnared in live electrical wires meant to kill boar and deer. Baghinnala and her cubs drank poisoned water that was also the work of hunters.

In April, two men were arrested after they killed a tiger and cut off its paws for a black-magic ritual. They were captured with the paws on their way to find a local holy man who could perform the ritual, which they believed would make them rich, Sen said.

Sen says that he has been "stretched thin" for forest guards - he has only 105, versus an authorized staff of 170 - and that those associated with Baghinnala's death have been disciplined. Five men were arrested, including one forest guard.

Gopal, who was formerly head of India's tiger authority, said the losses should spark soul-searching about security and vigilance. "It's very serious," he said. "They should not have lost a tigress."

Outside the core area of the preserve, villagers living in a nearby buffer zone who had tangled with the tigers were circumspect, fearful they would be implicated in investigations.

"Ask the forest guards why the tigers are dying. It's their responsibility," said Sukh Ram, a moonshiner and member of the Gond tribe.

Inside the reserve, 115-degree heat did not dissuade crowds of visitors, who packed safari jeeps that buzzed along the dusty roads past herds of grazing chital, or spotted deer.

After a while, news passed from jeep to jeep that a tiger had been spotted at a nearby watering hole. Several vehicles descended on the site - 40 people, one big cat.

The tigress - called Langri, which means one-legged or limp in Hindi, because she has a slight deformity in one leg - made her way slowly to the watering hole, then submerged herself.

After a time, she climbed out of the water and made her way back to a copse of trees, where she arranged herself in repose. Now that she was out of sight, the tourists drifted away, and she had the forest to herself again.