Parag Agrawal Sacked As CEO, Twitter Gets To Work With Memes 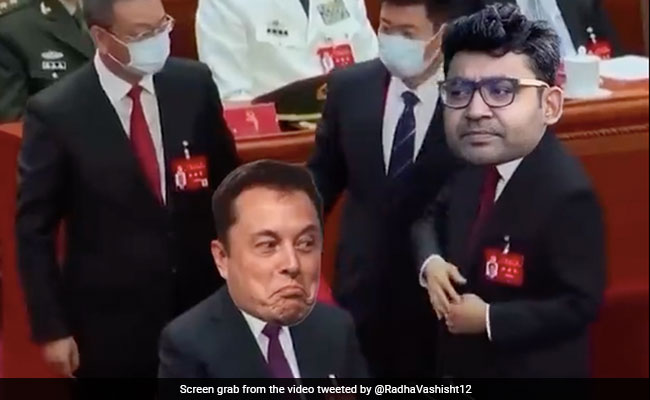 Manglam Tiwari, a Twitter user, took a jibe at the former Twitter chief with a meme showing popular Bollywood actor Amrish Puri saying he should start preparing for a government job.

"Doesn't matter if you are CEO of a gaint social media platform.
The job security will only be in Government jobs," he wrote.

Doesn't matter if you are CEO of a gaint social media platform.
The job security will only be in Government jobs. #ParagAgrawal#ELONMUSKpic.twitter.com/KoZXdYTb30

Someone else shared a picture of Aggarwal sweets, saying, "#ParagAgrawal is back with a bang in front of Twitter HQ".

#ParagAgrawal is back with a bang in front of Twitter HQ pic.twitter.com/U2h1ftSQqL

Another meme showed a clip from actor Govinda's comedy film, where he is asking for everyone to be fired and departments to be sold off.

Hollywood movie references also made an appearance. A user posted a meme where Elon Musk is depicted as Thanos, the supervillain in Marvel's "Avengers" film. It shows Mr Musk snap his fingers and Twitter employees vanishing, like in the action film.

It was just a meme. Ha ha ha ha.
Welcome back Trump 🎉🎉. #TwitterTakeover#ELONMUSK#ParagAgrawalpic.twitter.com/FKcKlWz8G4

Bloomberg reported that departures include Twitter Chief Executive Officer Parag Agrawal; Vijaya Gadde, the head of legal, policy and trust; Chief Financial Officer Ned Segal, who joined Twitter in 2017; and Sean Edgett, who has been general counsel at Twitter since 2012.

Mr Edgett was escorted out of the building, Bloomberg said, quoting sources.