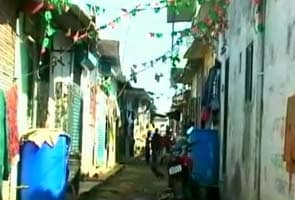 Mumbai: In Mumbai's notorious evening rush hour, the drive to Thane's Nallasopara on the outskirts of the city can take over two hours.

Within one of the many crowded slums here is a cluster of about 500 shanties that belong to Muslim families. (Watch)

Some of them have been getting electricity bills for their homes that list their address as Chota or Little Pakistan. "It hurts us. We are Hindustanis, not Pakistanis," says Haji Yakub, resident. Power bills are furnished by  him and others to get their Unique Identification or Aadhar cards.

On Thursday morning, after NDTV reported on the controversy, Power Minister Ajit Pawar promised action. "I am really appalled by the lethargic attitude of the officials. I have called in a meeting and whoever is responsible for the lapse, action will be taken against the errant official," he said.

Chaya Patil, a local corporator, brought this shocking lapse of the electricity department to the attention of the collector. "An electricity bill is an official document. Who is responsible for these bills that have Chota Pakistan written in their address box? Why brand the locality just because it is dominated by Muslims?" she says.

Not far away in  Thane District is a chawl called Laxmi Nagar. That's been dubbed Laden Nagar - a reference perhaps to the terrorist Osama Bin Laden. Hafiz Mohammed Ramzan lives in an area called Sagar Welfare Society. But on his electricity bill, his address is listed as Laden Nagar. He says he has complained several times, but with no dividends.

"My neighbour gets bills with the correct address, Laxmi Nagar. Only on my bill the address is Laden Nagar, Why?, he asks.

Promoted
Listen to the latest songs, only on JioSaavn.com
Mr Haji Yakub, another resident of Santosh Bhuvan, says there is a story why this patch between Santosh Nagar and the Western Express highway came to be called Chota Pakistan. "There used to be tension between the builder mafia and the local police here. That's why the cops started calling it Chota Pakistan," he says.

The State Minorities Commission has asked the electricity board to probe the "serious lapse" of terming the area Chota Pakistan on its bills.
Comments
Chhota Pakistan