Lok Sabha Polls 2019: Fatima Rasool Siddique's comments came after a shocking statement by Pragya Singh Thakur, in which she declared she was "proud" of her role of the destruction of the Babri Masjid in Ayodhya on December 6, 1992. 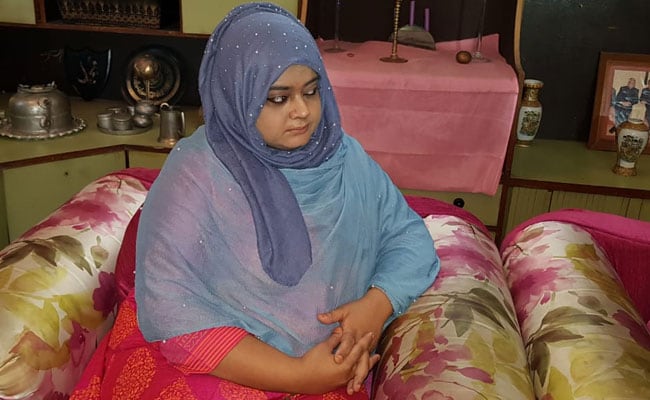 Pragya Singh Thakur, the BJP candidate for the Bhopal Lok Sabha seat, will not receive support from Muslim BJP leader Fatima Rasool Siddique unless she apologises for remarks that Ms Siddique says has hurt religious sentiments.

An accused in the 2008 Malegaon blasts, Pragya Singh Thakur is currently under investigation on charges relating to Unlawful Activities Prevention Act (UAPA) and is out on bail. She is up against senior Congress leader Digvijaya Singh.

Speaking to NDTV, Ms Siddique said, "They are good people. I joined the BJP because of Shivraj Singh Chouhan, but her statements have damaged the image of someone who has good connect with Muslims".

She added, "I believe in Ganga Jamuni tehzeeb. I don't believe in hurting religious sentiments. That is why I won't be able to work with her unless she apologises for her recent remarks".

Her comments came after a shocking statement by Pragya Singh Thakur, in which she declared she was "proud" of her role of the destruction of the Babri Masjid in Ayodhya on December 6, 1992.

Speaking to television channel TV9, Pragya Singh had said, "We had removed a blot from the country. We had gone to demolish the structure. I climbed atop the structure and broke it and I feel extremely proud that God gave me this opportunity".

However, she has ruled out leaving the party.

The BJP had earlier appealed to party workers to work for Pragya Singh Thakur. Senior party leader Vishwas Sarang hailed her as a symbol of nationalism.

He said, "She is our symbolic answer to those who wanted to break the country, those who had described Hindus as terrorist we all will work together so that she can win".

The party was in damage control mode after Pragya Singh Thakur's incendiary comments about 26/11 hero Hemant Karkare, who was the first investigator on the Malegaon blasts case. Hemant Karkare died fighting terrorists in the 26/11 attacks on Mumbai and Pragya Singh claimed he died because she "cursed" him.

The Congress has hit back strongly at the nomination of Pragya Singh Thakur, who they claim is vitiating the atmosphere.

Party spokesperson Ravi Saxena said, "Bhopal is a city of peace, we believe in Ganga Jamuni tehzeeb but the announcement of Pragyaji's candidature is very unfortunate and because of this the people from each and every section of the society are feeling hurt".

Referring to Ms Siddique's decision to abstain from campaigning, he said, "I think she took a very good decision by not participating in her campaign".

Ms Siddique, 35, is the daughter of former state minister and Congress leader Rasool Ahmed Siddique. She joined the BJP in November 2018, just before Assembly polls, and was given a ticket from Bhopal North against Arif Aqueel of the Congress, who'd also contested against her father. Aqueel won by 34,000 votes.

Bhopal votes on May 12 in the sixth phase of the 2019 Lok Sabha polls. Election results will be declared on May 23.