The 48-year-old leader had won Guna in 2014, managing to weather a wave in support of Prime Minister Narendra Modi and the BJP. 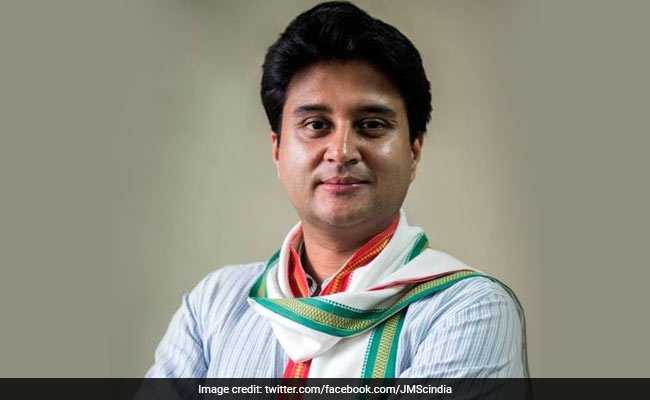 Scindia, who belongs to the former princely state of Gwalior, had been winning in Guna since 2002.

Congress leader Jyotiraditya Scindia today conceded defeat in Guna in Madhya Pradesh, his constituency for four terms and a stronghold of his family.

"I humbly accept the mandate. For me politics is a medium of helping the people and I will always be committed to public service. I thank voters and every Congress worker from my heart," Jyotiraditya Scindia said, congratulating his rival, the BJP's Krishna Pal Singh Yadav.

The 48-year-old leader had won Guna in 2014, managing to weather a wave in support of Prime Minister Narendra Modi and the BJP.

Mr Scindia won Guna for three terms. Before that, his father Madhavrao Scindia had won in 1999. His grandmother Vijayaraje Scindia, a BJP leader, had also held the seat for four terms.

Jyotiraditya Scindia, who belongs to the former princely state of Gwalior, had been winning in Guna since 2002.

He entered politics in 2001 and joined the Congress after the death of his father Madhavrao Scindia in a plane crash.

Jyotiraditya Scindia lost out on the Madhya Pradesh chief minister's post to Kamal Nath after a Congress victory, but was appointed as one of the two general secretaries - along with Priyanka Gandhi Vadra - in charge of rebuilding the Congress in Uttar Pradesh.

But today was a day of colossal disappointments for the Congress.

BJP's K P Yadav said, " This election was not between Scinida ji and me but this was between Nationalism & dynasty ... People have seen the work done by Prime Minister Narendra Modi, could anyone do it like the way he did ? I believe that  he has not done enough for the constituency, perhaps this was the reason why people voted against him. It's the victory of the people."

Mr Scindia was in charge of western Uttar Pradesh, but neither he nor Priyanka Gandhi apparently made any impact; the Congress has been reduced to one seat - that of Sonia Gandhi - with party chief Rahul Gandhi losing Amethi.