Punjab Chief Minister Captain Amarinder Singh said he would ensure that the farmers are not penalised for no fault of their own, adding that the state will subsidise the value cut on MSP. 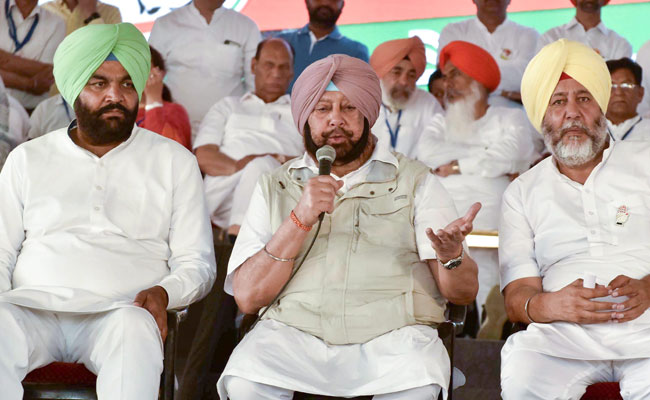 Amarinder Singh said he would ensure that the farmers are not penalised for no fault of their own.

With farmers in Punjab reeling under losses caused by unseasonal rains, Chief Minister Captain Amarinder Singh today announced that his government will compensate them should the centre fail to withdraw the value cut on Minimum Support Price of wheat.

Minimum Support Price or MSP, set ahead of the crop marketing season, is the price at which the government purchases crops. It is meant to incentivise farmers to grow specific food crops and protect them from the market's price fluctuations.

The Chief Minister said he would ensure that the farmers are not penalised for no fault of their own, adding that the state will subsidise the value cut on MSP.

He said his repeated requests to Prime Minister Narendra Modi seeking a review of centre's decision to impose value cut on MSP for the wheat procured under the relaxed specifications in Punjab during this year's Rabi marketing Season went unanswered.

Captain Amarinder Singh also hit out at PM Modi and accused the centre of meting out "step-motherly treatment" to Punjab so as to undermine the state's Congress government.

Farmers' distress has been a highlight of the Congress's election campaign, with the party promising bringing a separate budget for farmers aimed at farm loan waivers and fairer prices for crops. Party chief Rahul Gandhi has blamed PM Modi for not waiving off farm loans.

PM Modi and the BJP have often attacked the state government on the issue of farm loan waivers, alleging that Amarinder Singh's government had deceived farmers. Preneet Kaur, Congress candidate from Patiala, responded to this saying the state's farm loan waiver scheme was being implemented without any bias. She also claimed that a supporter of Akali Dal, BJP's ally in the state, had switched sides to the Congress after receiving Rs 2 lakh against his debt.