Election 2019: What Congress Couldn't In 55 Years, PM Modi Did It In Five Years, Says Amit Shah

PM Modi is scheduled to attend a mega poll rally at the Ramleela Ground today. 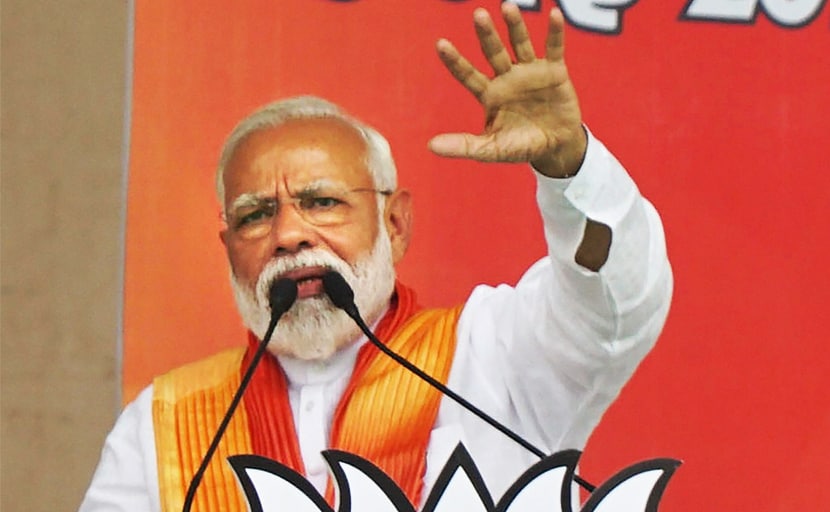 PM Modi to attend a mega poll rally at the Ramleela Ground today.

Polling for the seven Lok Sabha seats of Delhi will be held on May 12 and the results will be announced on May 23.

Here are the LIVE Updates of the Lok Sabha elections 2019:

May 08, 2019 15:06 (IST)
Time Up For PM Modi: Rahul Gandhi
With polling for two more phases of Lok Sabha polls left, Congress President Rahul Gandhi today said time for change has come and that "time was up" for Prime Minister Narendra Modi. Mr Gandhi claimed that young and the old are voting in large numbers for NYAY, the Congress'' "Nyuntam Aay Yojna" (minimum income guarantee scheme) to eradicate poverty, noting it showed how powerful the idea was. The Congress has announced that under the scheme, the party, if voted to power, will give Rs 72,000 per year to 20 per cent poorest families in the country.
May 08, 2019 13:14 (IST)

Delhi CM A Kejriwal: She (Priyanka Gandhi) is wasting her time,why doesn't she campaign in Rajasthan&MP?She's doing rallies in UP against SP-BSP,she's doing rallies in Delhi against AAP. Both the brother&the sister aren't going to those places where there's direct fight with BJP. pic.twitter.com/jTEsOmIJjT

May 08, 2019 13:10 (IST)
Rahul Gandhi goes on vacations to places, where his mother finds it difficult to trace him. What Congress could not do for the welfare of country in 55 years, PM Modi did it in five years, says Amit Shah in Jharkhand.
May 08, 2019 13:01 (IST)
Amethi Man's Letter In Blood To Poll Body
A young man from Amethi has sent a letter written in blood to the Election Commission seeking a directive for Prime Minister Narendra Modi to abstain from making objectionable comments that hurt the sentiments of the people. Manoj Kashyap of Shahgarh in Amethi has written that he was 'traumatised' by the statements of the Prime Minister against late Rajiv Gandhi. He has written that the former Prime Minister lowered the voting age to 18 years, implemented the Panchayati Raj system and brought in the computer revolution in the country."Former Prime Minister late Atal Bihari Vajpayee had also praised Rajiv Gandhi in an article," he pointed out.
May 08, 2019 12:53 (IST)
PM Modi Addresses Rally In Haryana's Fatehabad

PM Narendra Modi in Fatehabad, Haryana: Can any nation become world power without strengthening its defence? Have Congress or any other 'mahamilavati' parties ever spoken about defence in their gatherings? They can't say anything on defence because of their history in this field pic.twitter.com/D9cCnNtpQU

May 08, 2019 12:45 (IST)
After Leh Journalists' Bribe Claim, CCTV Clip Emerges. BJP Says Will Sue
After a group of journalists in Jammu and Kashmir's Leh accused the BJP of "trying to bribe reporters for favourable coverage" to influence the national election, a video has emerged of envelopes being handed out to the media at a press conference held in the mountainous town last week. In the CCTV clip, Jammu and Kashmir BJP chief Ravinder Raina is seen with journalists and a party legislator, Vikram Randhawa, is seen giving them envelopes to journalists. NDTV cannot verify the authenticity of the video. Members of the Press Club in Leh had written to the local election officer, accused BJP state president Ravinder Raina of trying to bribe journalists at Hotel Singge Palace where he was addressing a press conference last Thursday.
May 08, 2019 11:24 (IST)
Rahul Gandhi Apologises to Supreme Court
Congress President Rahul Gandhi today in an affidavit tendered his "unconditional apology" to the Supreme Court for "unintentionally" linking the top court in the Rafale review plea to his party's political slogan "cowkidar chor hai" aimed at Prime Minister Narendra Modi. Mr Gandhi filed the three-page affidavit rendering the "unconditional apology".
May 08, 2019 10:44 (IST)
Telangana Chief Minister Chandrababu Naidu called on Rahul Gandhi at the latter's residence a short while ago.

May 08, 2019 10:16 (IST)
BSP supremo Mayawati and SP chief Akhilesh Yadav will hold a joint rally today in Azamgarh.
May 08, 2019 10:09 (IST)
Congress leader Sanjay Nirupam has called Prime Minister Narendra Modi the moder-day incarnation of Mughal ruler Aurangzeb. In Varanasi to campaign for the Congress, Nirupam claimed that Modi is the modern-day version of Aurangzeb as it was on his instructions that "scores of temples were destroyed for the sake of a corridor in the city".
May 08, 2019 10:08 (IST)
Sushma Swaraj Warns Mamata Banerjee After Outburst
Hours after West Bengal Chief Minister Mamata Banerjee declared at a public rally in Bengal's Purulia that she would like to treat Prime Minister Narendra Modi to a "tight slap of democracy", Union Minister Sushma Swaraj on Tuesday cautioned that such acrimonious words would not bode well on a future day when the two leaders end up having to cooperate for administrative purposes. She quoted a couplet penned by noted Urdu poet Bashir Badr to drive home her point. "Mamataji, you crossed all limits today. You are the Chief Minister of a state and Modiji is the country's Prime Minister. You have to talk to him tomorrow. This is why I would like to remind you of a couplet written by Bashir Badr: Rage all you want but I just have this one request from you, do not feel ashamed when we have to become friends again someday," she tweeted.
May 08, 2019 10:01 (IST)
"Wanted To Give PM Modi A Tight Slap Of Democracy," Says Mamata Banerjee
At a public rally at Santuri in Purulia on Tuesday, West Bengal Chief Minister Mamata Banerjee demonstrated how she would like to give Prime Minister Narendra Modi a "tight slap of democracy". This fresh outburst was prompted by PM Modi's equally unsparing attack on Ms Banerjee about what he called Bengal's "Triple T " -- Trinamool, Tolabaazi, Tax". "Tolabaazi" is a near-abusive term used in Bengali to describe organised extortion.
May 08, 2019 10:00 (IST)
READ | Election 2019: KCR Impact? Why Mamata Banerjee, Rahul Gandhi Seem To Have Called Truce