FA is the oldest football body of the world and is credited with creating the rules and shaping modern football. FA is based in Wembly Stadium in London and administers the game in England. 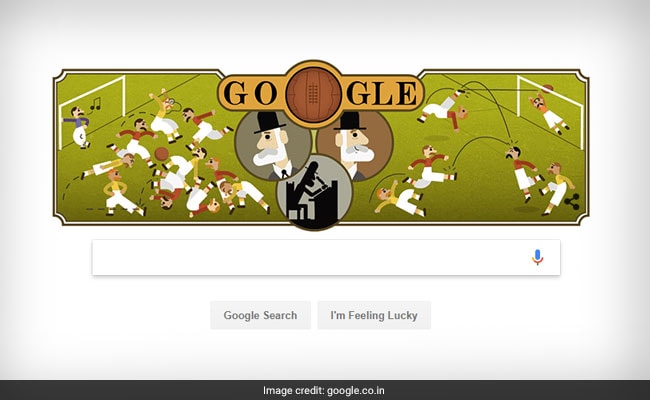 Google today celebrates the birth anniversary of Ebenezer Cobb Morley, referred to as the father of modern football, with a doddle. A British by birth, Ebenezer Cobb Morley was a founding member and the first secretary of the Football Association or FA in 1863.

FA is the oldest football body of the world and is credited with creating the rules and shaping modern football. FA is based in Wembly Stadium in London and administers the game in England.

Ebenezer Cobb Morley was born in Hull and left the city at 22. He shifted to Barnes in 1858 founding the Barnes Club. As a captain of the club, Ebenezer Cobb Morley wrote to Bell's Life newspaper proposing an association to govern football. This led to a meeting of all football clubs in England at the Freemasons' Tavern, which created FA.

The laws of the games were charted at Ebenezer Cobb Morley's home in Barnes and were framed over six meetings at the Freemasons' Tavern. The 13 laws were then followed across clubs in England.

Ebenezer Cobb Morley was appointed the first secretary of FA in 1863 and was on the post for three years. In 867 he became the second president of the body and held the post till 1874.

Google says, "Before Ebenezer Cobb Morley set down the rules of football in 1863, the game was much more chaotic than the version we know today. His 13th rule gives some indication of how unruly football used to be:  'No player shall wear projecting nails, iron plates, or gutta percha on the soles or heels of his boots.'"

Ebenezer Cobb Morley studied law and was solicitor by profession.