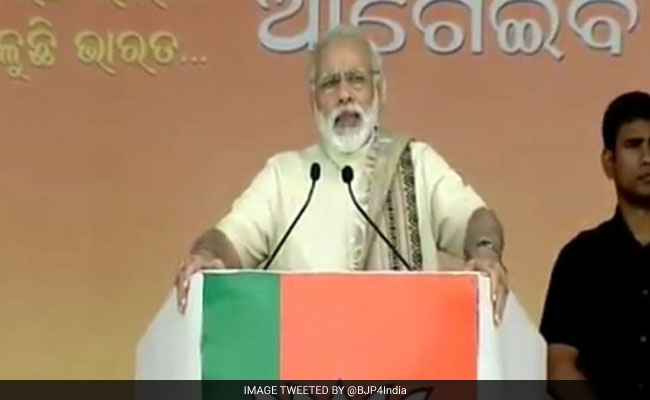 Addressing a public gathering in this coastal district of Odisha, PM Modi said the governments in the Bharatiya Janata Party (BJP)-ruled western and central states of India were far more developed than their counterparts in the east.

"Poverty (in the eastern region) is increasing. People from here go to western states for jobs. Why? You have every resource to be self-sufficient. The god has given you everything," he said.

"But despite that why is the poverty still chasing us. Eastern India needs more development. And that is why all our developmental plans have preferred eastern states including Odisha."

He said that the policies of his government "related to everyday problems of the poor in India".

"Who needs government? Do rich people need government. If anybody needs it, it's is the poor of the nation. Governments are for the poor...we have to defeat poverty. Get rid of it. And that is why we work towards the empowerment of the poor."

PM Modi said that the previous central governments have been shouting slogans to eradicate poverty. "Their intentions may have been right. I am not doubting that. But their path was wrong."

The Prime Minister said his government has already electrified more than 18,000 villages in India. "These villages were without power even after nearly 70 years of independence and that is the beginning of empowerment of the poor," he added.

"We have to take every step scientifically."