UP Civic Election 2017 Results: Chief Minister Yogi Adityanath asked voters to support the BJP just the way they did in the 2014 national election and this year's assembly election. The party swept both, winning 73 of the state's 80 parliament seats three years ago and over 300 of 400 seats in the assembly elections. 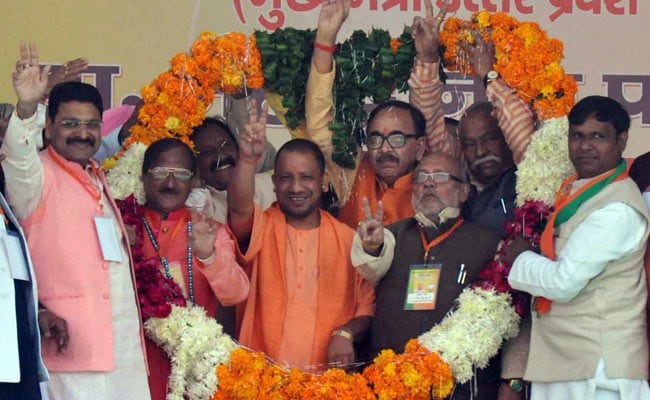 Lucknow: Chief Minister Yogi Adityanath has delivered in his first big test, with the BJP winning mayoral elections in 14 of 16 municipal corporations in Uttar Pradesh. "The BJP's historic win in the UP civic polls is because of PM Modi's development policies and Amit Shah's guidance," said the Chief Minister, who conducted a turbo-charged campaign with his party's performance being watched closely after its massive sweep of the UP assembly polls in March this year.

Here are the top 10 updates on UP civic polls: