Downgraded From SPG Cover, Sonia Gandhi Gets This 10-Year-Old SUV

The SPG cover for the Gandhis was withdrawn earlier this month and they were placed under the Z-plus category, which ensures security cover by around 100 personnel. 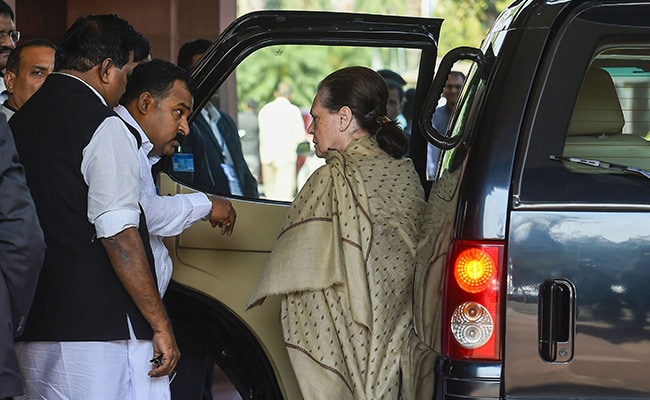 Under SPG protection, Sonia Gandhi was using a Range Rover with Ballistic Resistance

Ten-year-old Tata Safaris and police protection at home: This is what the Gandhi family, once among the most protected people in the country, have been allotted after a recent change in security status. The matter raised dust in parliament on Tuesday, with the Congress demanding a response from Prime Minister Narendra Modi.

Earlier this month, the SPG (Special Protection Group) cover for the Gandhis were withdrawn and they were placed under the Z-plus category, which ensures security cover by around 100 personnel.

Government sources had attributed the revision to a lower threat perception for the family, who had been under the tightest possible security after former Prime Minister Rajiv Gandhi was assassinated in 1991 by bombers of the Lankan terror group LTTE.

A crack force of 3,000, the SPG not only offers commando protection, it also has uniformed agents who conduct an advanced recce of places the protectee is expected to visit.  The commandoes are stationed at the residence of the protectee and travel with them whenever they leave the house.

Under the Z-Plus protection, the Delhi Police have been put in charge of control of access to the residences of Sonia Gandhi and Rahul Gandhi. Under SPG protection, the job was done by the toughest and smartest group of commandoes who received special training for this.

Also, instead of special bullet-proof vehicles, they have been provided with Tata Safaris of 2010 vintage. Under SPG protection, Sonia Gandhi and Priyanka Gandhi were using Range Rovers with Ballistic Resistance and Rahul Gandhi was using a Fortuner.

Former Prime Minister Manmohan Singh, whose security was also downgraded, has been given an armoured BMW car from the SPG pool. There were reports that the CRPF has requested the SPG to allow armoured vehicles for the Gandhis, but there has been no response yet.

Leaders of the Congress, who have been furious with the government move, on Tuesday rushed to the well of the house in Lok Sabha, forcing an adjournment. They were accompanied by MPs from the National Conference.

Adhir Ranjan Chowdhury, the leader of the Congress in the lower house, said: "Sonia Gandhi ji and Rahul Gandhi ji are not normal protectees. Vajpayee ji had allowed Special Protection Group protection for the Gandhi family. From 1991-2019, NDA came to power twice but their SPG cover was never removed".

The SPG, formed after the assassination of Indira Gandhi I 1984, was initially expected to protect the Prime Minister of India. Rajiv Gandhi's SPG cover was removed after he was out of office, but following his assassination, Sonia Gandhi and her children - Rahul and Priyanka Gandhi - were given SPG protection in view of a high threat assessment.