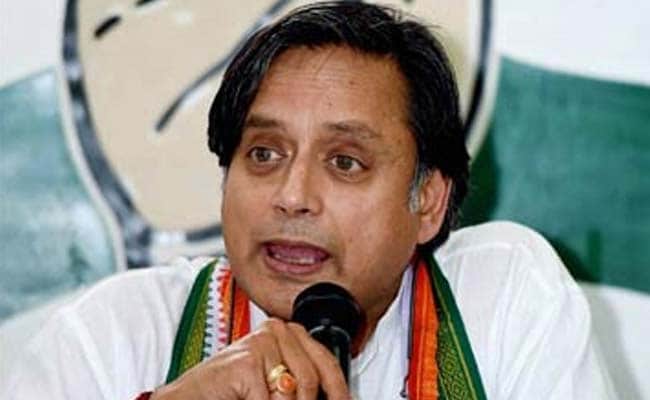 In  a series of tweets, Mr Tharoor said, "Modernists sneering at @drharshvardhan should know he was right". People, he said, should not "debunk the genuine accomplishments" of science in ancient India and cited his own articles on the subject.

Modernists sneering at @drharshvardhan should know he was right, as I pointed out in 2003: http://t.co/gMi7pIgoqh & http://t.co/Pv16lyNbrH

On Saturday, attending the Indian Science Congress in Mumbai, the Union Minister for Science and Technology said algebra and the Pythagoras' theorem both originated in India, but the credit for these has gone to people from other countries.
"Our scientists discovered the Pythagoras theorem, but we gave its credit to the Greeks. We all know that we knew 'beejganit' much before the Arabs, but very selflessly we allowed it to be called Algebra. This is the base the Indian scientific community has maintained," Mr Vardhan had said.

His comments had stirred up a controversy in view of the saffron brigade's take on ancient Indian civilization and Prime Minister Narendra Modi's recent comments on the subject.

"Mahabharata says Karna was not born out of his mother's womb. This means people then were aware of genetic science. There must have been a plastic surgeon who fixed an elephant's head on Ganesha," Mr Modi had said in Mumbai. The world has now accepted what mathematician Aryabhatta had said centuries ago, he had added.

To mock the credulous exaggerations of the Hindutva brigade, you don't need to debunk the genuine accomplishments of ancient Indian science!

.@nkvmur@drharshvardhan agreed on that. Ganesha plastic surgery theory is absurd, except as a metaphor. But Susruta was world's 1st surgeon

In October, Mr Tharoor was dropped as the spokesperson of Congress on the charge that he had praised Prime Minister Narendra Modi once too often. While Kerala Congress leaders had made the allegation, party chief Sonia Gandhi had reportedly agreed.

"As a loyal worker of the Congress, I accept the decision of the party president," Mr Tharoor had said.