Prakash javadekar had said that although former students are supposed to give back to their educational institutes, there are some schools that "keep approaching the government with a bowl" 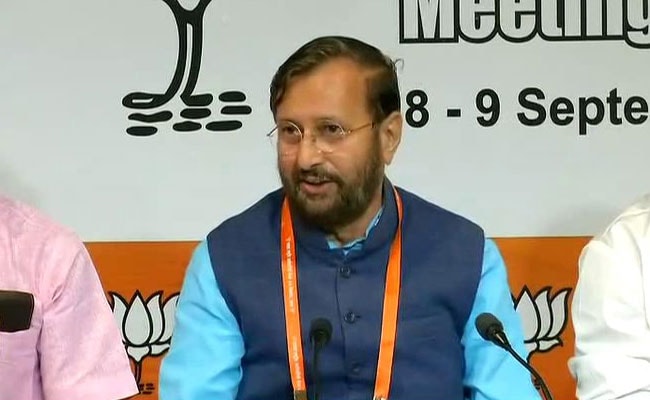 Two days after telling educational institutions to not approach the government for funds "with a bowl", Union Human Resource Development Minister Prakash Javadekar on Sunday said he wants to withdraw the "inappropriate" words he had inadvertently used.

"Although it is former students of an institute who give back to their educational institutes, there are some schools that keep approaching the government with a bowl seeking help," news agency PTI quoted Mr Javadekar as saying during a function at the Jnana Prabodhini Prashala school in Pune on Friday.

Mr Javadekar maintained that his speech had been misinterpreted. "The government is investing in education on a big scale and budgetary provisions have been increased by 70 per cent in the last four years. But, at the same time, the alumni also need to contribute to development of schools and colleges," he said.

According to the Union minister, it was a global practice for alumni members to help their alma maters. "I didn't mean to say that the government will not help, I just meant that the alumni should come forward to help too. I also want to withdraw two inappropriate words begging bowl, which were inadvertently used during my speech," he said.

In his speech, Mr Javadekar exhorted students to "give back" to their educational institutions. "This same attitude has been cultivated by Jnana Prabodhini Prashala over the years, and because of the contribution of its former students, the institute has been running successfully for the last 50 years," he said.

The minister also announced a plan by the government to reduce the weight of school bags by 50 per cent, so students can have "more time for extra-curricular work".