51 cases of Delta Plus have been detected across 12 states so far, with Maharashtra reporting the maximum cases of this variant. 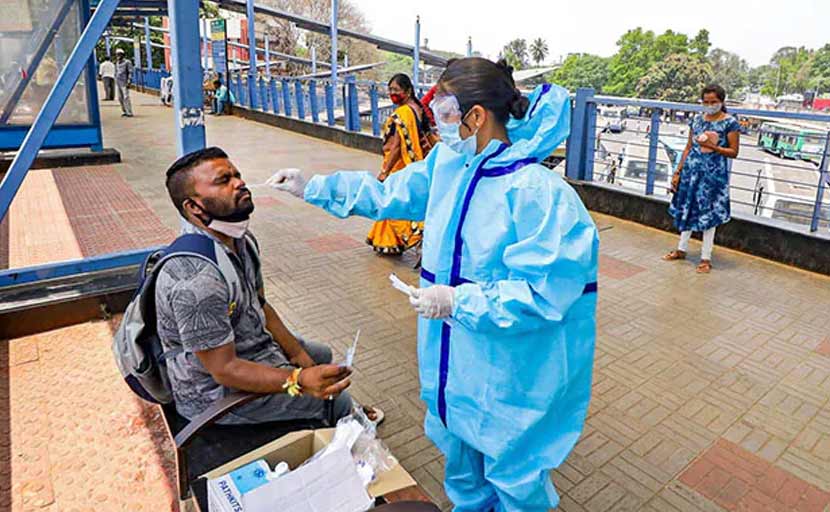 Covid variant Delta Plus was identified on June 11. It has been classified as a variant of concern. File

The Delta plus variant of COVID-19 has greater affinity to lung tissues as compared to other strains but it does not mean that it will cause severe disease or is more transmissible, head of coronavirus working group NTAGI Dr N K Arora said.

A new viral variant of the coronavirus, Delta Plus, was identified on June 11. It was recently classified as a variant of concern.

Till now, 51 cases of Delta Plus have been detected across 12 states, with Maharashtra reporting the maximum cases of this variant.

Speaking about Delta plus, chairman of COVID-19 Working Group of the National Technical Advisory Group on Immunisation (NTAGI) said it has been found that the variant has greater affinity to lung tissues as compared to other strains of coronavirus but clarified that it does not mean the Delta Plus variant will cause more severe disease or is more transmissible.

"Delta plus is having greater affinity to mucosal lining in the lungs, higher compared to other variants, but if it causes damage or not is not clear yet. It also does not mean that this variant will cause more severe disease or it is more transmissible," Mr Arora told PTI in an interview.

He said the impact of the Delta Plus strain will become clear only as more cases are identified but it appears that the disease is generally mild in all those who have got either single or double dose of the vaccine.

"We need to keep a very close watch and look at its spread so that it will give us transmission efficiency," he said.

Mr Arora said the number of cases identified of Delta Plus variant may be more as there may be many asymptomatic individuals also -- those who do not have any COVID-19 symptoms but they are carrying the virus and spreading it.

"But the important point is that our genomic surveillance component has picked it up rightly and early enough. Now what will happen is that states have already been told that it is a variant of concern and it requires action which means that several states have already started making micro plans for the districts where the virus is identified so that their spread can be contained. Obviously vaccination will have to be increased in these districts," he said.

Responding to a question if the Delta Plus variant can trigger the third wave of coronavirus, Mr Arora said it is difficult to assess that as of now.

"Waves are linked to new variants or new mutations so there is a possibility as this is a new variant, but whether it will lead to a third wave is difficult to answer as it will depend upon two or three things," he said.

"The first thing is we had a ferocious second wave in the last three months and it is still going on, we are seeing for the last 8-10 days the number of cases are stuck at 50,000, while at some places cases continue to come so that wave has not settled down," he said.

"If a large proportion is infected then in the next wave people can develop a common cold like illness but may not develop a serious or fatal illness," he said.

"Secondly, another thing that is important is vaccination -- the rapidity with which we vaccinate... even single dose is effective and the way we are planning, if we rapidly immunise, then possibility of third wave becomes very less because vaccine plus... Covid appropriate behaviour will save us from next wave, mitigate the next wave and the third wave will not be able to cause the damage as was caused in the first two waves," he added.