A journalist by profession and a practising lawyer, Mr Ganesh is a native of Madurai who was born and brought up in Chennai. By all accounts, he is being seen as a dark horse. 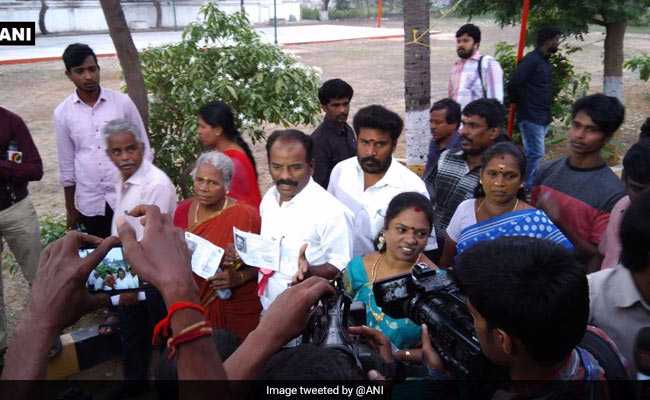 Marudhu Ganesh, a local RK Nagar resident, has the support of the DMK and Left parties

Chennai: In selecting Marudhu Ganesh, also known as NM Ganesh, as its candidate, the DMK had hoped to send a message to the party cadre that ordinary workers too could rise to important positions in the party. Mr Ganesh comes from a family of DMK card holders; his mother was a municipal councilor between 1996 and 2001 when DMK working president M.K. Stalin was the Mayor.

Mr Ganesh is a local RK Nagar resident and had the support of the DMK and Left parties. But his chances were the brightest during the cancelled round of by-polls in April when the DMK had hoped the AIADMK votes would split between the two factions led by Chief Minister E Palaniswami and  O Panneerselvam.

Like his rival from the AIADMK Mr Madhusudhanan, Mr Ganesh also spent decades in Chennai. He comes from the middle-class background and graduated from the Sir Theagaraya College in New Washermenpet.

A journalist by profession and a practising lawyer, Mr Ganesh is a native of Madurai who was born and brought up in Chennai. By all accounts, he is being seen as a dark horse.

Promoted
Listen to the latest songs, only on JioSaavn.com
Mr Ganesh has been accusing the AIADMK of bribing voters in the constituency. After voting, Mr Ganesh had claimed that people would teach the ruling party in the state a lesson, irrespective of the fact that they may have been paid money by the AIADMK.

The Left parties and the MDMK are supporting the DMK, which wants to win RK Nagar to deliver a big psychological blow to the AIADMK and support its claim that the ruling party has lost popular support after the death of Ms Jayalalithaa only months after she led her party to a big win in the assembly elections last year.