Disturbed about India's worsening political climate: Wendy Doniger after row over her book 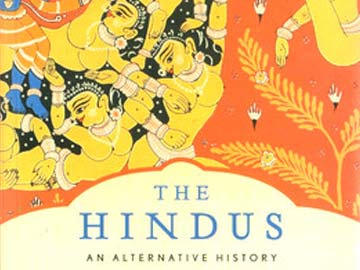 New Delhi: American scholar Wendy Doniger, whose book "The Hindus: An Alternative History" will be destroyed by its publisher Penguin as part of a legal settlement with a fringe group, has said she is "deeply troubled" by what this means for free speech in India and its "steadily worsening political climate."

Penguin India has agreed to withdraw the book and pulp all remaining copies in a pact signed in a Delhi court with the "Shiksha Bachao Andolan", which had moved court in 2011 saying the book had insulted Hindus. In course of a four-year battle, the group reportedly argued on points like the author had "hurt the religious feelings of millions of Hindus" by declaring that the epic Ramayana is fiction.

Penguin's capitulation was linked to rising legal costs, but many called it "disturbing" that the global publishing company caved in. Historian Ramachandra Guha tweeted, "This is deeply disappointing. Penguin should have appealed in a higher court." (Op-ed: Wendy Doniger failed most by publisher)

Ms Doniger, however, defended Penguin, saying, "They were finally defeated by the true villain of this piece - the Indian law that makes it a criminal rather than civil offense to publish a book that offends any Hindu, a law that jeopardizes the physical safety of any publisher, no matter how ludicrous the accusation brought against a book." (read full statement)

The Shiksha Bachao Andolan had slammed the book, described in some reviews as a vivid reinterpretation of Hinduism, as a "shallow, distorted, non-serious presentation of Hinduism filled with heresies".

Promoted
Listen to the latest songs, only on JioSaavn.com
The 800-page book, which was currently priced at over Rs. 700, is already out of stock in popular online shops but downloadable copies are being circulated on Twitter.

The author said she was glad that in the age of internet, it is no longer possible to suppress a book.