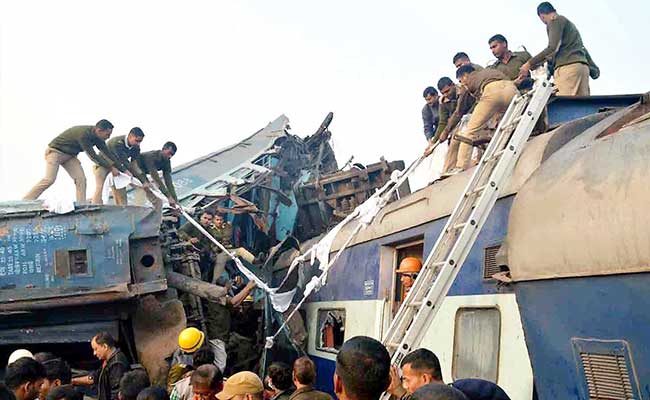 NDRF retrieved 31 bodies from the mangled bogies of the derailed Indore-Patna so far. (PTI)

New Delhi: The National Disaster Response Force (NDRF) has rescued 54 passengers, of them 16 who were critically injured, from the train that derailed near Kanpur early on Sunday, said an official.

The NDRF has also retrieved 31 bodies from the mangled bogies of the derailed train so far.

Five search and rescue teams of the NDRF, under the leadership of the RK Pachnanda, Director General of the Force, were engaged in extricating victims trapped in the mangled bogies of Patna-Indore Express, an official release said.

The NDRF is using canine squad, along with latest gadgets, to locate and reach victims in the bogies.

Promoted
Listen to the latest songs, only on JioSaavn.com
"Its teams are providing Pre-Hospital Treatment (PHT) to the injured victims and assisting the local administration in shifting them to nearest hospital for advance care," the release added.

In one of the worst rail disasters in the country, 121 people were killed and around 200 injured before dawn on Sunday when 14 coaches of the Express train derailed near Kanpur.