Udit Raj said the community wants respect, jobs, rights and equality. "But attempts are being made to satisfy them by having food, night stay and tea with them." 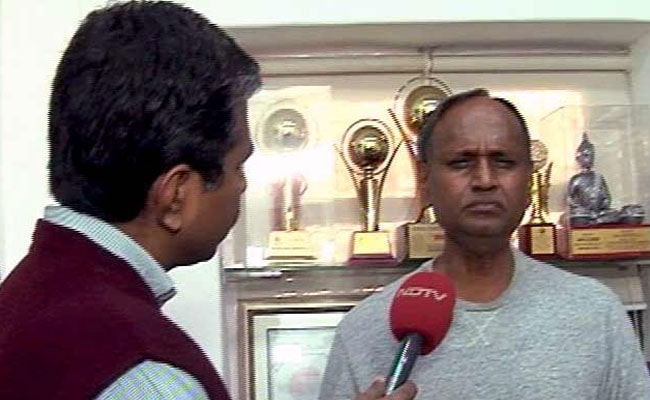 BJP MP Udit Raj said on Friday that merely having food at homes of Dalits is not enough, as the need of the hour is to address their aspirations and grievances, which are not the same as it were in 80s or 90s.

Addressing a press conference at his residence here, Mr Raj, the BJP's Dalit face, also warned that those who do not understand the aspirations of the community would face "consequences".

He said on April 2, the way the Dalits and tribals expressed their anguish and feelings across the country made it very clear that the expectations and aspirations are different now.

"They did not express their anguish to ask the so-called upper castes, or those who are in a position to empower them, whether they would have meal together... Now we have to understand that their aspirations have become something else, and are not the same as in the 1980s or 1990s," the BJP MP said.

He said the community wants respect, jobs, rights and equality. "But attempts are being made to satisfy them by having food, night stay and tea with them."

Mr Raj said having food at a Dalit household was similar to a doctor giving medicines to treat fever to a patient who had a problem in his stomach.

Citing Congress President Rahul Gandhi as an example, Mr Raj, the national Chairman of the Confederation of Scheduled Castes and Scheduled Tribes Organizations, said that having meal in Dalit households neither empowers the Dalit families nor benefits the politicians.

"Rahul Gandhi is an example of it," he said.

Mr Raj said that the Dalits are apprehensive that the old system would come back again.

"The mood of Dalits has to be gauged as to why they are disillusioned with the system and continuous dilution of their rights and dignity at the hands of judiciary, executive, academia and the captains of economic pursuits," he said.

He also appealed to the government that the cases slapped on the Dalits for April 2 agitation over alleged dilution of SC/ST Atrocities Act should be withdrawn.

"When the lawsuits made during the Jat and Patel movement can be withdrawn, then the litigations raised on Dalits can also not be returned," he said.
Comments
dalitsBJP