Diamond Traders Of Surat Should Get Bharat Ratna: Arvind Kejriwal In Gujarat

Gujarat Assembly Polls: Arvind Kejriwal said that AAP government will ensure that diamond traders get a loan as per their needs if party come to power. 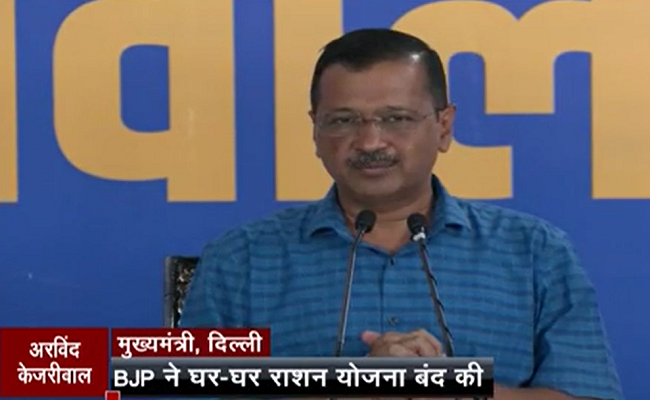 Arvind Kejriwal said that diamond traders and jewellers of Surat should be honoured with Bharat Ratna.

Delhi Chief Minister and Aam Aadmi Party (AAP) leader Arvind Kejriwal on Monday said diamond businessmen and jewellers in Surat city in Gujarat should be conferred Bharat Ratna for their contribution to the country's economy.

The statement is viewed as Mr Kejriwal's attempt to breach the traditional BJP bastion, just two days before Gujarat goes to polls in the first phase.

Mr Kejriwal visited a diamond cutting and polishing unit and interacted with traders and workers to understand their issues.

"Today, a large number of diamond traders and workers are present here. I would like to tell all of you that you are not only the pride of the country but also of the whole world. One-third of the world's diamonds are manufactured in Surat and exported. You make diamonds, but in my eyes all of you are diamonds," Delhi CM Kejriwal said.

He further stated he had heard about the difficulties diamond traders face in getting work done from the government.

"This should not be a problem because according to me, diamond businessmen and jewellers of Surat should be honoured with Bharat Ratna. You are contributing to the country's economy and doing such a great job for the country," the AAP leader said.

Everywhere, businessmen are being threatened, bullied, insulted, abused and extorted, he claimed.

"If the AAP is voted to power, in Gujarat, businessmen will have access to cheap and free spaces with the help of the Gujarat Industrial Development Corporation (GIDC) so that they don't have to pay high rent," Mr Kejriwal said.

The AAP government will ensure that traders get a loan as per their needs. The party will bring a special law to check on cases of cheating of businessmen, he said.

CM Kejriwal claimed the Central government had made the Goods and Services Tax (GST) so complicated that it has become difficult for people to do business.

"What is the use of a tax system, because of which businesses come to a standstill?" he asked.