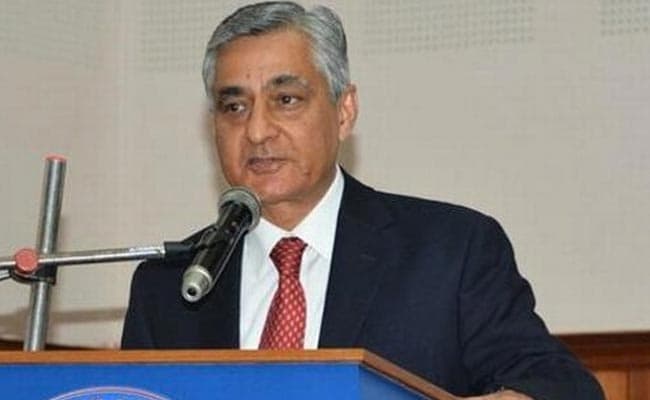 New Delhi: Developed nations are emitting more carbon than developing countries like India, Chief Justice of India TS Thakur today said while emphasising the importance of international law as a very "effective instrument" for protection of human rights and environment.

Highlighting the importance of International Law in the current scenario, he said in the era of conflict of jurisdictions across the globe, it is an apt time that "we prepare ourselves to address issues like dispute of river water, space law, refugee law, custody of children."

"The world is coming closer to provide a unified system of enforcement of law....We must prepare ourselves not only in terms of legislation but also in terms of our ability to address international issues as and when they arise," he said.

Referring to developed nations in the context of environment, Thakur said, "Today if you see ozone layer decreasing it is not because India is emerging or it is dependent on coal for its power needs but it is because industrialised nations have been emitting carbon for the past 200 years."

"The dimensions of International Law have gone beyond the comprehension of any nation in the recent times. For example, issues regarding environment and climate change. Today, if environment degradation takes place in any part of the world, we are affected. An industrially advanced country, which emits carbon, depletes ozone layer and affects entire human race.

"In international context if there was a law with respect to human rights or those living in less developed countries, it will be a very effective instrument," he said.

"In Kyoto, a resolution was passed which said that let developed economies reduce their emission by 1 per cent. America, which even refused to reduce its emission by even 1 per cent, is today emitting something 10 metric tonnes more carbon per capita. It has emitted carbon for the past 200 years.

Stressing on the need of 'Polluter Pays' principle in the context of environment and ecology, Chief Justice Thakur said international laws would go a long way in addressing the problems of human race in the long run.

"When you talk of protecting the environment if you have an international law which applies 'Polluter Pays' principle then may be those who have over polluted may have to pay. This is the significance of International Law to the existence of humanity is such that if you are affected by pollution in any part of the world," he said.

"In last few decades, international law has assumed much importance because of international politics and the atomic age we live in. There is also a sort of race for acquiring arms by various countries.

"Terrorism is a big problem worldwide for example the recent terror incidents of Orlando and Turkey which took many lives; political developments like Brexit -- these dimensions make international law important," Justice Sikri said.

The seminar, which was held at the India Habitat Centre in New Delhi, was also attended by High Court judge Justice Pradeep Nandrajog and senior advocate Soli Sorabjee, besides other legal luminaries.