The rain in Delhi and other parts of north India yesterday was a result of interaction between the remnant of cyclonic storm Tauktae and a western disturbance, the weather office said. 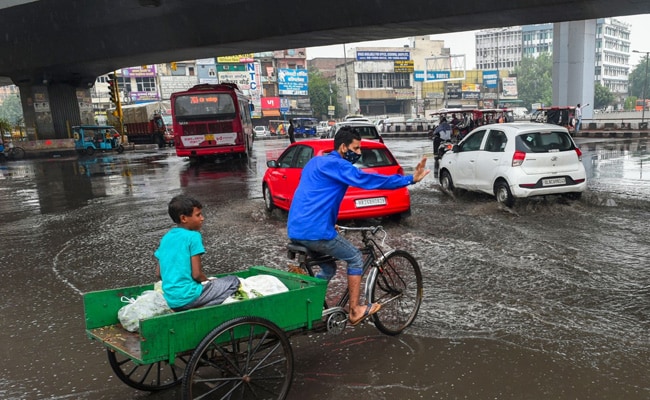 Delhi's rain in the last 24 hours broke all the previous records for May since 1951.

Delhi received the highest rain for the month of May in 70 years between yesterday morning and this morning, the Met department said. The capital saw non-stop rain yesterday due to the impact of Cyclone Tauktae and a western disturbance.

"A record 119.3 mm rain fell in Delhi between 8:30 am on Wednesday and 8:30 am on Thursday, which is a new record for May," Kuldeep Srivastava, the head of the weather office's regional forecasting centre, was quoted as saying by news agency PTI.

The capital's maximum temperature for May too dipped to the lowest in 70 years, with a record 23.8 degrees yesterday. This was16 notches below normal and the lowest in the month of May since 1951. In between, a low of 24.8 degrees was recorded on May 13 1982, Mr Srivastava said.

Delhi's maximum temperature during the day yesterday was less than that of Srinagar (25.8 degrees) and Dharamshala (27.2 degrees).

The rain and the drastic dip in temperature was welcomed by residents who posted comments of surprise and delight as well as pictures of rain from their homes on social media.

This morning, the skies remained cloudy in Delhi, with the weather department saying that "rainfall activity is very likely to decrease" today and "scattered to fairly widespread" rainfall is forecast in the capital.