The family of Gujjar has denied links of any of its members being connected with the AAP. 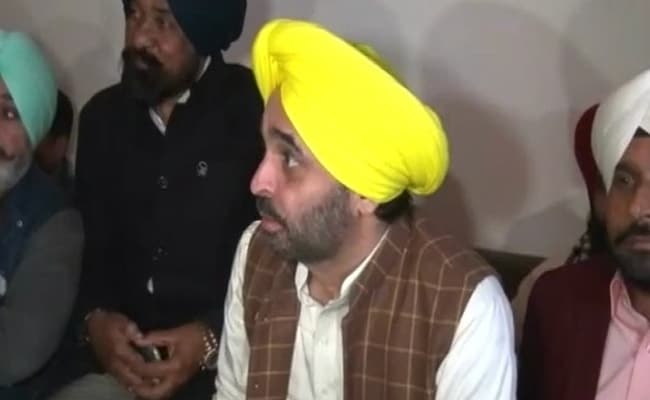 The Aam Aadmi Party (AAP) state unit president Bhagwant Mann on Wednesday claimed that the police officer who stated that Kapil Gujjar, who opened fire at the Shaheen Bagh protest site last week is from AAP, is acting as the spokesperson of the Bharatiya Janata Party (BJP).

"The commissioner is acting as a spokesperson. The photos have been leaked. The father and the son have also released a video saying they have no affiliation with AAP. BJP is using Shaheen Bagh for electoral gains. They have opened such laboratories in other places also. These laboratories headquarter is in Gujarat," he said while speaking to ANI in New Delhi.

Earlier in the morning, the family of Gujjar has denied links of any of its members being connected with the AAP. This came after the Crime Branch of Delhi Police revealed that the Shaheen Bagh shooter is associated with AAP based on photographs recovered from his phone in which Gujjar and his father are seen along with prominent leaders of the party.

The photos, recovered from the phone of the Kapil, show him and his father Gaje Singh along with AAP leaders such as Atishi and Sanjay Singh and were allegedly clicked in 2019 on the day when the father-son duo joined AAP.

Kapil was detained by police on Saturday following the firing incident and an FIR was registered against him. He had, on February 1, opened fire in the air at Shaheen Bagh, where protests against the Citizenship Amendment Act (CAA) are going on for over 50 days.