Delhi rain: Heavy rain and thunderstorms in the national capital and neighbouring areas 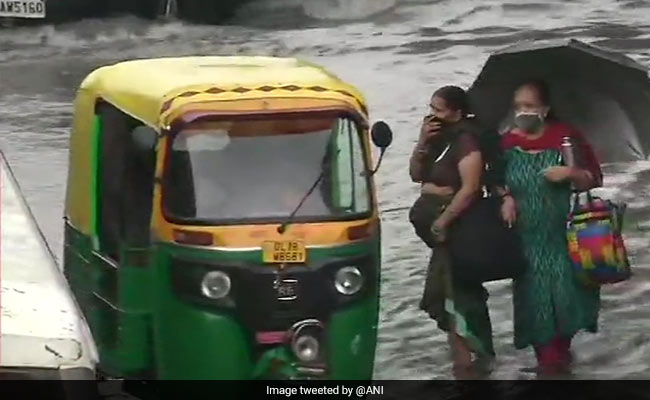 Heavy rain in Delhi. Pictures of waterlogging near ITO in the city.

The IMD has predicted more rain in the national capital tomorrow and day after. At the Safdarjung weather office, rainfall recorded from 2.30 to 5.30 pm was 23 mm, the weather office said.

India Meteorological Department has predicted increased rainfall in the national capital in the next two days. pic.twitter.com/Mi3qBgiXAA

Heavy rainfall is likely over eastern Rajasthan on August 18 and 19. In Uttarakhand also heavy rainfall is expected for tomorrow. The IMD has warned of heavy downpour in Gujarat, Maharashtra and Goa over the next four or five days.

According to the weather office, several states in north and central India are getting heavy rain due to a low pressure area over northeast Madhya Pradesh and adjoining areas of Uttar Pradesh.

There is moderate risk of flash floods in the next 24 hours in north Chhattisgarh, east Madhya Pradesh, west Madhya Pradesh, and adjoining areas of Rajasthan and south Gujarat, according to the Central Water Commission.