An advocate by profession, Mr Yadav has worked his way up the ranks from being the District President of Yuva Morcha. 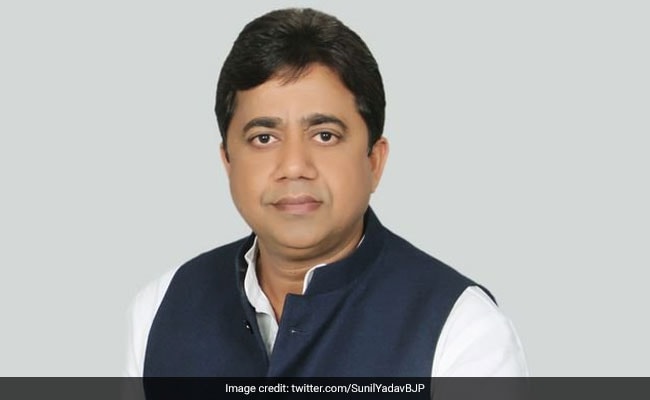 BJP on Tuesday released its final list that has its New Delhi candidate, Sunil Yadav, who is pitted against Chief Minister Arvind Kejriwal. The party released the list in the middle of the night after 1 am.

Sunil Yadav is a young face who holds the President's Office of Yuva Morcha, Bharatiya Janata Party, Delhi (BJYM Delhi). An advocate by profession, Mr Yadav has worked his way up the ranks from being the District President of Yuva Morcha. The party banked on his youth appeal while putting him against one of the most formidable candidates this poll season and the sitting Delhi Chief Minister Arvind Kejriwal.

Another key name in the list of 10 candidates is Tajinder Bagga. After his exclusion from the first list, he was trolled on social media. But on the intervening night of Monday and Tuesday, BJP officially said it is fielding him from Hari Nagar. Though he was pitching for Tilak Nagar, but that seat has been given to another candidate.

Mr Bagga has been a spokesperson for BJP Delhi. He started his career with activism by forming an outfit called "Bhagat Singh Kranti Sena". He is also accused of beating lawyer and then AAP leader Prashant Bhushan for his radical views on Kashmir.

In the first list, BJP had released 57 names which included AAP rebel Kapil Mishra and BJP veteran Vijender Gupta. After the second list, total candidate count of BJP has now gone up to 67. The Delhi assembly has 70 seats. The remaining three is being given to allies LJP and JDU, as earlier reported by IANS, quoting sources.

While the BJP has set aside two seats for JDU, with whom it will fight Bihar election later this year, one has been kept aside for LJP.

No seat has been allotted for Shiromani Akali Dal (SAD) after a disagreement between the two over CAA and NRC.

The Punjab based party is also vehemently opposed to nation wide NRC. As for CAA, the SAD wants the government, to which they are a part of, to also include Muslims. After two days of continuous efforts from both sides to convince each other, the SAD has declared they will stay off the election in Delhi.

Sources say, BJP offered SAD three seats in Delhi but the Punjab-based party refused to climb down from its position on CAA and NRC.

Delhi will go to poll on February 8 and the results will come be declared on February 11.