BJP's 40 Star Campaigners To Take On Arvind Kejriwal In Delhi

Delhi Assembly 2020 Elections: Most of the campaigners are from outside Delhi -- a gap the ruling party is expected to exploit. 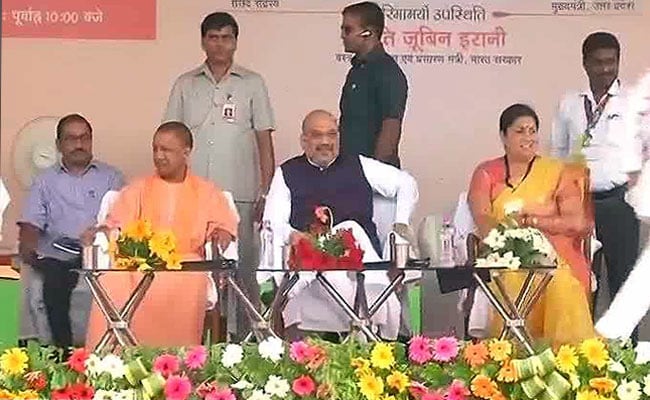 The BJP has made big plans to wrest Delhi from Arvind Kejriwal's Aam Aadmi Party - drawing up a list of 40 star campaigners, led by Prime Minister Narendra Modi for next month's assembly elections. The party, which won only three seats in the 2015 assembly election, has lined up a chunk of union ministers, chief ministers and senior state leaders to campaign over the next 20 days.

Most of the campaigners are from outside Delhi -- a gap the ruling party is expected to exploit.

Earlier, Arvind Kejriwal had pointed out that the BJP is yet to name a Chief Ministerial candidate. While that is the BJP's usual procedure except in rare cases, the Chief Minister has poked fun at the party, tweeting:

But the question is who will contest against @ArvindKejriwal ? pic.twitter.com/Y13RSVpzu2

The BJP fielded Sunil Yadav at the last minute, which, sources said, did not please the chief of the BJP youth wing.

Party sources said the young lawyer had objected, arguing that a defeat would end his political career. But his appeal for another seat was firmly turned down by the new party chief.

Later, Mr Yadav rubbished any talk about wanting a different seat. "BJP has chosen me because I am a local here and the people consider me their own. It is a fight against the local versus outsider," he told reporters.