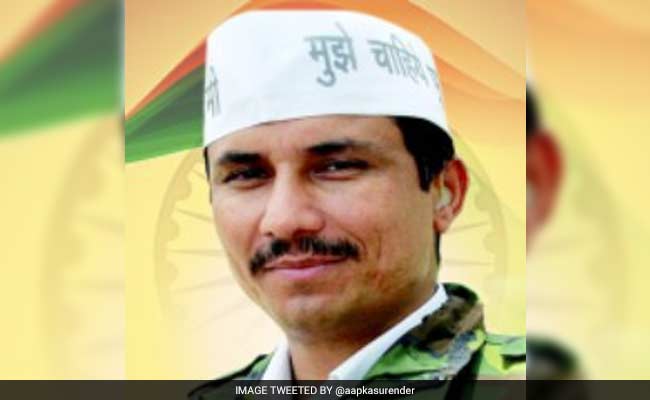 Aam Aadmi Party MLA Surender Singh, who was denied a ticket for the February 8 Delhi assembly election, on Tuesday said he has resigned from the party.