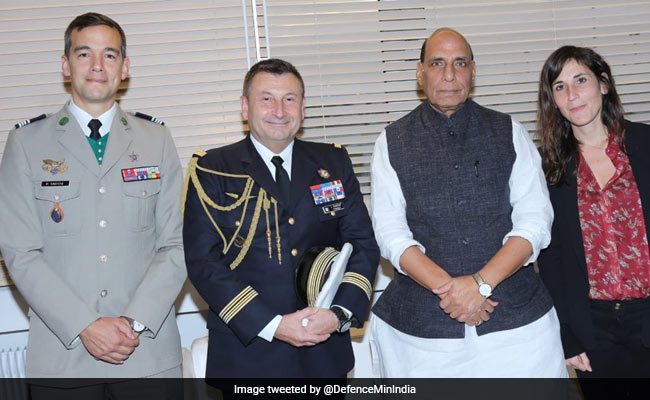 New Delhi: Defence Minister Rajnath Singh landed in France today for a three-day visit, during which he will receive the first of the 36 long-awaited Rafale fighter jets on behalf of the Indian Air Force (IAF). He will undertake a sortie in the aircraft and hold discussions with the country's top leadership during his time in the European country. "Bonjour Paris! Delighted to be in France. This great nation is India's important strategic partner and our special relationship goes far beyond the realm of formal ties. My visit to France is aimed at expanding the existing strategic partnership between both the countries," the Defence Minister tweeted. He also wished the IAF on its 87th birth anniversary.

Here are the 10 things to expect from Rajnath Singh's visit to France: