Chief Minister Himanta Biswa Sarma welcomed Rupjyoti Kurmi into the BJP and described him as one of the strongest youth leaders in Assam. 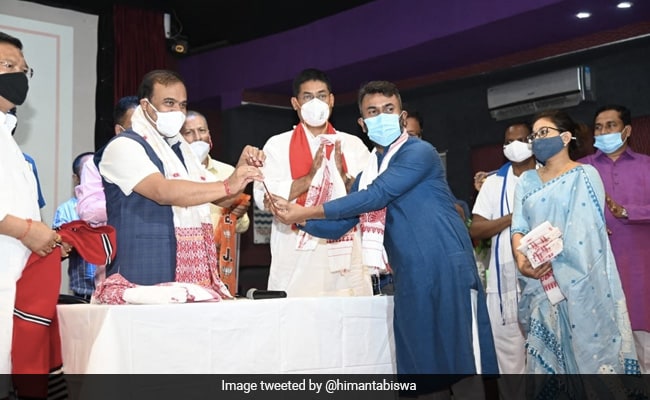 Mr Kurmi sent his resignation to the Congress high command and resigned from the Assembly on Friday. The same day, Congress expelled him for "anti-party activities".

Son of former Congress minister Rupam Kurmi, he represented the Mariani constituency in Jorhat district for four consecutive terms since 2006.

Chief Minister Sarma welcomed Mr Kurmi into the BJP and described him as one of the strongest youth leaders in the state. He said Mr Kurmi was ready to join the BJP in 2019, but that couldn't happen and added that his entry would greatly help the BJP.

A prominent leader from Tea - Tribe Community & 4-term MLA, he has always been working for uplift of poor & development of the region.@BJP4Assam shall immensely gain from his experience. Best wishes 💐@BJP4India@JPNaddapic.twitter.com/lJC4hYt1Vd

According to a PTI report, the Chief Minister said that inspired by Prime Minister Narendra Modi's ideals and hard work to build a developed nation, many political leaders have joined the BJP. "It is my firm belief that a day will come when all people and organisations of the state will be associated with the BJP and help in building a strong and developed nation," he was quoted as saying.

Among the members of the Assembly elected after the state polls this year, Mr Kurmi was the only Congress legislator from segments dominated by the tea tribe community.

"Many people are saying that I have joined BJP for some post or opportunities but let me make it clear that I do not want any post but only an opportunity to work for the development and progress of the people and the state," he was quoted as saying by PTI.

He has blamed the Congress leadership for not acknowledging his contributions and not giving him any position of responsibility. "The party is headed for ruin in the state."

Earlier, Ajanta Neog, a loyalist of Congress leader and former Assam Chief Minister late Tarun Gogoi, had joined the BJP months after Mr Gogoi's death last year. She was sitting MLA from Golaghat. She contested the Assembly polls this year from the same seat as a BJP candidate and won.

There is speculation that Mr Kurmi may contest the bypolls in Mariani as a BJP candidate.