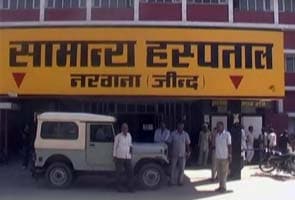 New Delhi: A 16-year-old Dalit girl committed suicide today after she was allegedly raped by a man in Sachcha Kheda village in Haryana's Jind district.

This is the tenth case of rape in the state in less than 27 days.

According to police, the victim was forcibly dragged and raped by one of her neighbours, who also belongs to the same community. In a state of shock, the girl went to her house and set herself on fire in an attempt to commit suicide. She suffered 90 per cent burn injuries.

She died while being treated at a government hospital in Rohtak. But she managed to record her statement before a magistrate, which helped the police to register an FIR in the case. The cops have launched a search operation to nab the accused who has been absconding since the incident took place.

The incident adds to the series of such cases of crime against Dalit women in Haryana during the past one month. Last month, a teenage Dalit girl was allegedly raped by a group of 12 men in Hisar. The accused also filmed the incident on a cellphone and circulated the MMS. Not able to cope with the situation, the girl's father killed himself. For five days, his dead body was at the mortuary at a local hospital, while the villagers protested against police inaction for almost a month. The victim and her mother refused to take his body from the morgue, saying they will claim it only when they get justice. This finally forced the police to take action.

But the fact that it took his death to propel the police into registering a case of rape is a grim reflection of the treatment given to Dalits in the state.

On October 4, a newly-married woman registered a complaint saying she was allegedly abducted and gang-raped by four men at Banwasa village under Gohana sub-division in Haryana's Sonipat district, 200 km from Chandigarh.

In another incident, a 13-year-old girl was allegedly raped by her 45-year-old neighbour in in Rohtak, about 70 km from Delhi on Wednesday evening.

In the same area, a minor, mentally-challenged Dalit girl was allegedly raped last Monday. The 15-year-old victim was allegedly lured by three women relatives in Kachchi Garhi Mohalla colony of Rohtak and then raped by a man in an abandoned house.

Mylan Labs Gets Nod To Manufacture Remdesivir For COVID-19 Patients