PM Modi is in Bengal and Odisha today to take stock of the ground situation in the wake of Cyclone Amphan and conduct aerial surveys in the two states. 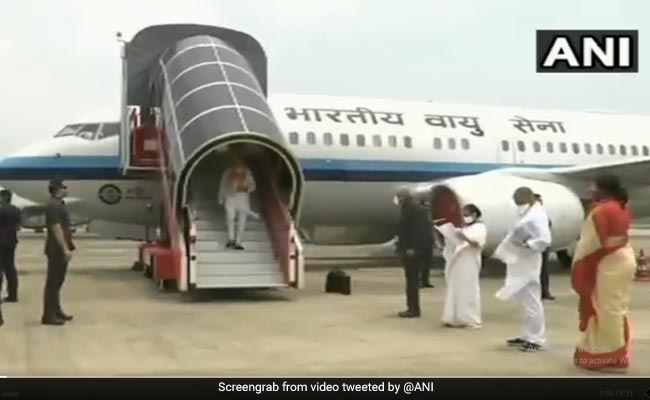 Cyclone Amphan: PM Modi is in Bengal to take stock of the situation.

The Congress in Karnataka has termed Prime Minister Narendra Modi's visit to West Bengal today to assess the impact of Cyclone Amphan  as "double standards", pointing out that he did not visit Karnataka during the flood in the southern state last year that left over 90 people dead.

"We stand in solidarity with cyclone affected WB. We condemn double standards of @narendramodi PM has responded by visiting WB for survey While he never visited Karnataka during floods & landslides Bengal may be having an election next year but people are suffering here as well," Karnataka Congress tweeted.

PM Modi is in Bengal and Odisha today to take stock of the ground situation in the wake of Cyclone Amphan and conduct aerial surveys in the two states. Cyclone Amphan - the worst in 283 years - has killed 72 people, Bengal Chief Minister Mamata Banerjee said on Thursday.  She had asked the Prime Minister to visit the state and inspect the damage, which she said was in the tune of Rs 1 lakh crore.

Bengal Governor Jagdeep Dhankhar will fly along with PM Modi and Ms Banerjee on the aerial survey.

PM Modi, in a series of tweets on Thursday, said the entire county stands with Bengal and "no stone will be left unturned" to help those affected. "Have been seeing visuals from West Bengal on the devastation caused by Cyclone Amphan. In this challenging hour, the entire nation stands in solidarity with West Bengal. Praying for the well-being of the people of the state. Efforts are on to ensure normalcy," the Prime Minister tweeted.

In Karnataka last August, a total of 2,798 villages in 103 taluks of 22 districts in Karnataka were affected by rain and flood, in which around seven lakh people were shifted to safe areas.

91 people lost their lives and about 3,400 heads of cattle perished.

Amid criticism by the opposition Congress over delay in sanctioning aid, the centre released an interim relief of Rs 1,200 crore to the state which has sent a flood damage estimate of  Rs 35,160.81 crore.

The BJP took over in Karnataka while the state was still tackling the flood. BS Yediyurappa's first assignment as Chief Minister, even before he was allowed by the high command to expand his cabinet, was to travel to the flood-affected districts. This led the Congress to criticise the newly-formed state government, asking why it has been necessary to overthrow the functioning Congress-Janata Dal (Secular) coalition government.