Shiv Sena leader Harish Singla has been arrested in connection with the clashes that broke out in Patiala today during an anti-Khalistan protest march. 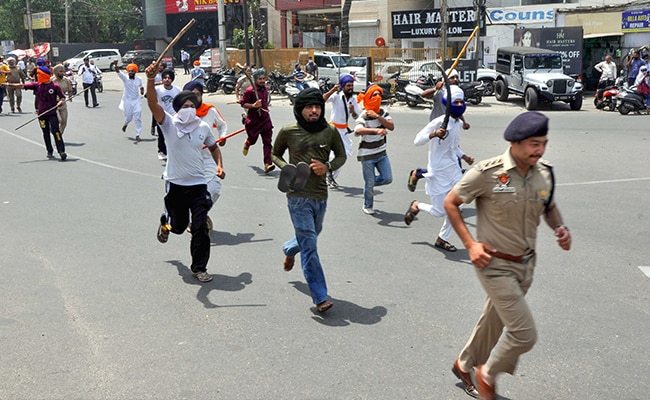 Shiv Sena leader Harish Singla has been arrested after a clash broke out in Patiala Friday during an anti-Khalistan protest march. The clash took place outside the Kali Mata temple when members of an outfit that calls itself Shiv Sena (Bal Thackeray)  began a 'Khalistan Murdabad March'. Members of the two groups also waved swords and threw stones at each other.

The arrest was made after a high-level meeting chaired by Punjab Chief Minister Bhagwant Mann. Mr Mann called the incident unfortunate and vowed his government would not let anyone create disturbance in the state.

A curfew has been imposed in the city from 7pm today till 6 am tomorrow.

Mr Singla said Gurpatwant Pannun of the Sikhs for Justice had announced to observe April 29 as the "foundation day of Khalistan". "To answer them, the Sena had also decided to take out 'Khalistan Murdabad March' on April 29," he said.