Curfew In 3 Places In Madhya Pradesh After Ram Navami Violence

Section 144 has been imposed in the entire city and there's heavy police deployment as chaos and violence have been reported from across the city.

Four houses have reportedly been set on fire and a temple vandalised.

Parts of Madhya Pradesh's Khargone have been placed under curfew after violence and arson during a Ram Navami procession in the city, a senior officer said on Sunday. Large gatherings have been banned in the city and there is heavy police deployment amid reports of violence.

The clashes broke out during a procession to mark Ram Navami - the festival celebrating the birth of Hindu God Ram.

"When the Ram Navami procession started from the Talab Chowk area stones were allegedly pelted at the gathering, prompting the police to fire tear gas shells to control the situation. The procession was supposed to take a round of Khargone city but it was abandoned midway after the violence," said Additional Collector SS Mujalde said. 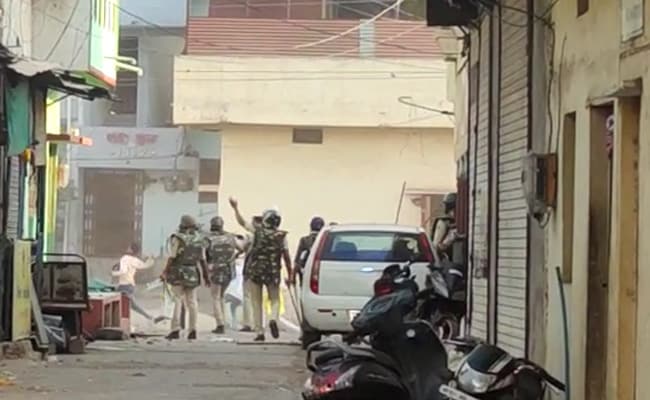 The procession was reportedly crossing through a predominantly Muslim neighbourhood when residents objected to the songs playing from loudspeakers during the procession and allegedly threw stones.

Visuals show vehicles set on fire, some young people throwing stones, and the police firing tear gas shells. Many policemen, including Superintendent of Police Siddharth Chaudhary, were injured. Mr Chaudhary was hit on the legs with a stone and could be seen being taken to hospital in a stretcher with a bleeding leg.

The police have been making announcements appealing for people to stay indoors. 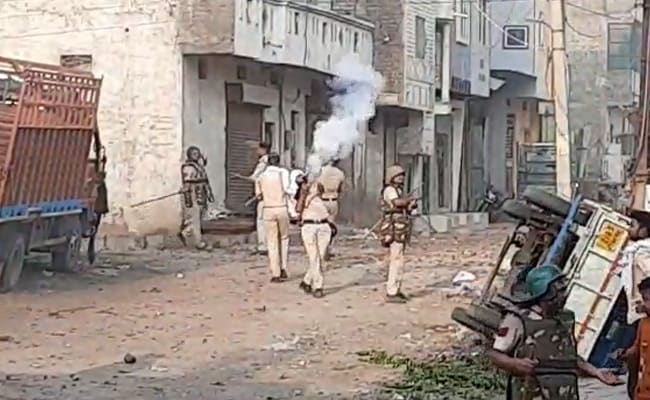 Four houses were reportedly set on fire and a temple vandalised.

There have been reports of stone pelting from several places in the city and extra police personnel have been called in from neighbouring districts.

Clashes were reported from adjoining Barwani district after a Ram Navami procession of tribals was stopped on their way to communally sensitive Sendhwa town. Incidents of face-off between the two communities were subsequently reported from other areas, including Jai Hind Chowk and Kranti Chowk.

Around 5-7 people, including two cops, among them the inspector of the local police station, were hurt.