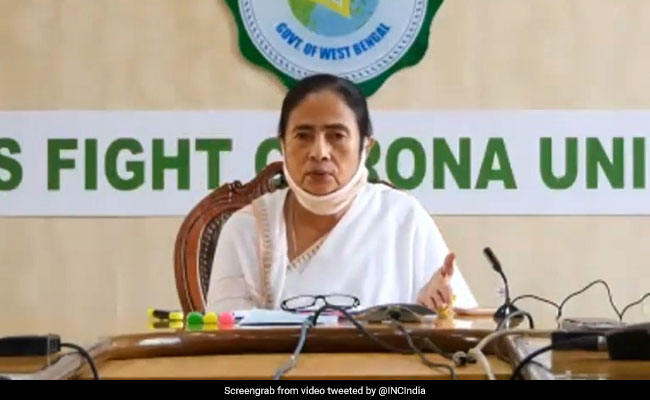 Mamata Banerjee's confrontational stand at the cost of farmers' suffering was worrisome, he wrote.

As Mamata Banerjee threatens to hit the streets in the showdown between the centre and the opposition over farm bills, West Bengal Governor Jagdeep Dhankhar, in a sharp attack on the Chief Minister, accused her of "shedding crocodile tears" for farmers after depriving them of benefits from a central scheme during the coronavirus pandemic.

In a letter to Mamata Banerjee that he posted on Twitter this morning, the Governor accused the state's Trinamool Congress government of inaction and laxity over Prime Minister's Kisan Samman Nidhi scheme.

"Urge CM - Crocodile Tears will not relieve pain of farmer," the Governor wrote in tweets along with the letter.

The Chief Minister's confrontational stand at the cost of farmers' suffering was worrisome, he wrote.

He accused Mamata Banerjee of denying benefits worth Rs 8,400 crores to 70 lakh Bengal farmers by failing to participate in the PM-Kisan Samman Nidhi. "So far every farmer has lost Rs. 12,000 that would have come to his bank account," he tweeted, adding that farmers in other parts of the country had "enormously benefited" from the scheme.

"Due to the inaction of Mamata Banerjee, West Bengal farmers have been denied the benefit of Rs 30,000 crore of Rs. 3.5 lakh crores package by central government during the COVID pandemic," the Governor tweeted.

The Governor's taunt comes a day after Mamata Banerjee accused the BJP-led government at the centre of rushing the farm bills through parliament and bypassing all democratic rules on what she called "Black Sunday". Two of her party parliamentarians, Derek O'Brien and Dola Sen, are among eight Rajya Sabha members suspended after unprecedented chaos in the House over the farm bills, which were passed by a voice vote.

The members were suspended for their "unruly conduct" after papers were torn in the house and tossed in the air, mics pulled out and a rule-book flung at Deputy Chairman Harivansh. Two members even climbed onto a table. The opposition has now declared a boycott until the suspension is revoked. The parties have accused Harivansh of helping the government pass controversial legislation against all democratic rules.

Mamata Banerjee announced that her Trinamool Congress would protest from Tuesday. "The way the farmers bills were passed, I say, chi BJP chi (shame BJP shame). The BJP is a shame for the country. Shame, shame BJP for the way you have snatched farmers' rights," Ms Banerjee told reporters.