The face-off between automakers and workers underscores the struggle for companies and local authorities to balance economic interests with public health demands. 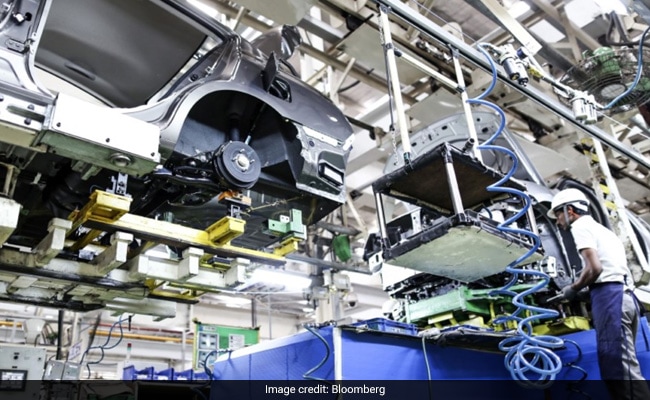 Automakers with plants in Tamil Nadu, the industry's hub in India, are suspending operations and reducing shifts as employees threaten to go on strike due to health concerns about Covid-19 in the southern state.

Renault Nissan Automotive India Pvt. is caught in a legal dispute with workers at its factory near Chennai, nicknamed the Detroit of India, who say their safety shouldn't be compromised to meet production targets. The workers have also challenged the state's decision to exempt the auto industry from local lockdown rules.

In response to the lawsuit at the Madras High Court, Renault Nissan said it has taken necessary precautions to safeguard employees, including reducing daily shifts to two from three and arranging for transport and vaccinations. The company said it needs to keep the plant running -- and is allowed to under local laws -- as it has a commitment to meet export orders.

Hyundai Motor India Ltd. has suspended operations in Chennai until May 29 after a spike in infections and a walkout Monday. The company "has always prioritized the safety, health and well-being of its employees," it said in a statement.

According to E. Muthukumar, president of a union representing Hyundai employees, seven workers at the automaker's plant have died of Covid in the past month and 750 tested positive for the virus. He said there will be two shifts a day when the factory reopens on Monday May 31, instead of the usual three. A Hyundai spokesman said there would be no such change.

India has been pummeled by the pandemic, with close to 27 million confirmed cases and over 307,000 deaths, though the real toll is likely to be much higher. Tamil Nadu is among the worst-hit states, with infections fast-approaching 1.9 million and nearly 21,000 recorded deaths.

The face-off between automakers and workers underscores the struggle for companies and local authorities to balance economic interests with public health demands. A hard lockdown risks slowing the economy and endangering jobs, but allowing factories to operate may help Covid run wild. The state governments have exempted some sectors they deem essential from lockdown rules.

The Madras High Court has requested the Tamil Nadu government to supervise working conditions on Renault Nissan's factory floor and asked the automaker if production has been reduced. The plant has an annual manufacturing capacity of 480,000 units.

The hearing continues on May 31.

Maruti Suzuki India Ltd., the country's biggest carmaker, has halved its production capacity due to the pandemic, while Hero MotoCorp Ltd. -- the world's largest producer of two-wheelers -- said last month it was halting operations temporarily at all of its manufacturing facilities. Truck maker Ashok Leyland Ltd. has scaled down operations as well.