Here's How Drones Helping India In Fight Against Coronavirus

While Gujarat Police is using 200 drones across the state to monitor people's movements, Delhi Police has deployed them to ensure people follow social distancing. 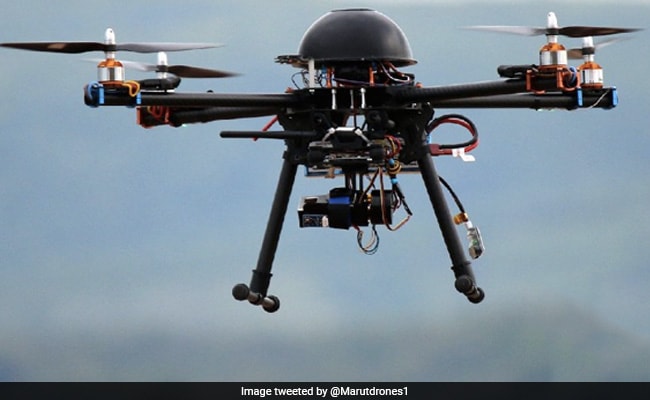 With India under lockdown to stem the spread of coronavirus, drones are proving to be a crucial tool in the functioning of law enforcement authorities and other government agencies which are deploying these Unmanned Aerial Vehicles for carrying out surveillance, sanitisation and to reach out to people, minimising the risk of infection for their personnel.

While Gujarat Police is using 200 drones across the state to monitor people's movements, Delhi Police has deployed them to ensure people follow social distancing in Asia's largest fruit and vegetable wholesale market Azadpur Mandi. Municipal authorities in Madurai are utilising them to disinfect areas near the coronavirus wing of a city hospital.

These are only a few examples of UAVs being used in the fight against coronavirus.

However, government agencies aren't the only ones to tap into technology in these tough times, media organisations are also using drones to show people confined indoors the impact of the world's biggest lockdown.

"It is fair to assume that out of 20,000 drones registered with the government, about 450-500 drones are already being used all across India to assist different states and law enforcement agencies," Smit Shah, Director - Partnerships, Drone Federation of India (DFI) told PTI.

The DFI is an industry body that has companies like Asteria Aerospace, Quidich Innovation Labs, AutoMicroUAS, Aarav Unmanned Systems and Indrones as its members.

"Drone startups have come out and extended their support to the government on a no-cost basis. Most of the drone service providers are not charging for the services they are providing," Mr Shah noted.

India has remained under lockdown since March 25 to contain the spread of COVID-19, the disease caused by coronavirus, which has so far infected 10,815 people and claimed 353 lives in the country.

On Tuesday, Prime Minister Narendra Modi announced that the lockdown, which was originally for 21 days, will be extended by 19 days to May 3 as the measure has produced a significant outcome in containing the infection.

Mr Shah said drones are being used for carrying out a host of tasks like surveillance to ensure that people are maintaining social distancing, spreading awareness about COVID-19 in densely populated areas, spraying disinfectants and checking people's temperature.

During the initial days of the lockdown, drones were used by the Jammu and Kashmir administration to announce restrictions on movement of people in Srinagar's busy Lal Chowk.

Delhi Police is also using drones to monitor people's movements in Ghazipur Mandi, which witnesses a steady stream of buyers throughout the day.

The municipal corporation of Warangal in Telangana has collaborated with a private company, Binford Robotics, to deploy its UAVs for surveillance and spraying disinfectants in the city.

According to experts, as the number of coronavirus cases in the country mounts, the use of the UAVs is also expected to rise.

Ankit Mehta, co-chair of a FICCI committee on drones, told PTI, "Right now, the need of the hour is that the Ministry of Home or state police departments should take a call on whether they need drones with megaphones as a reinforcement tool, otherwise their containment strategies won't work."

"This is the time to go for mass procurement and leverage the entire drone production capability of the country. It will take us two-three weeks to start delivering," said Mr Mehta, who is also the CEO of ideaForge, a drone manufacturing company.

He called for stepping-up the use of drones.

"Containment zones are going to be around for a while, and they are going to extend because it is a contagious virus. What is required is 24x7 deployment of drones for surveillance to enforce containment and not sporadic usage."

"My estimate is that we have 640 districts. If about 2,000 drones are inducted, assuming that each district needs around 3 drones, we can enable a broad level of persistent surveillance in the major containment zones," he said.

Mr Mehta said several state police departments are already customers of ideaForge and they had procured surveillance drones well before the lockdown.

"Some of these departments, which were planning to place orders with us, have asked us to deliver drones quickly since the beginning of lockdown," he said.

DFI's Shah, however, recommended incentivising the approximately 20,000 drone operators who are registered with the Ministry of Civil Aviation.

"This would be much more cost-effective for the governments as against procuring new drones at this time as that would involve management of equipment, training programmes and capacity building, which might not be feasible as of now," he said.

For media organisations too drones are proving to be a boon at a time when many parts of the country have been sealed and are out of bounds for outsiders.

For instance, The Times of India's Chennai supplement on Sunday posted online a 5-minute video, which was shot using drones, showing how the once-bustling city has come to a standstill during the lockdown.

A senior executive of a news organisation said the media companies in India generally use "micro drones", which weigh between one to two kgs.

"The drones are registered with the central government. Before deploying them, a news organisation generally takes permission from the local police department," the executive said.

News organisations also make sure that while recording a video, the drone does not enter any restricted areas like an airport's airspace, etc, the executive noted.

"Best Way To Celebrate Is...": Shah Rukh Khan On 30 Years In Bollywood