The case against Tejashwi Yadav pertains to the alleged irregularities in granting the operational contract of two IRCTC hotels to a private firm. 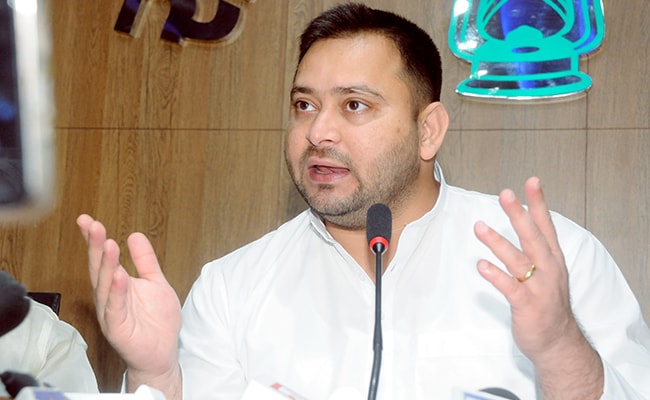 The court has granted time to Tejashwi Yadav's counsel to file a response. (File)

A Delhi court on Wednesday directed Bihar Deputy Chief Minister and RJD leader Tejashwi Yadav to personally appear before it on the Central Bureau of Investigation (CBI)'s plea seeking cancellation of his bail in the Indian Railway Catering and Tourism Corporation (IRCTC) scam.

Earlier, on September 17, the court had issued a notice to Mr Yadav on the application moved by the probe agency and sought his reply.

The court had in October 2018 granted bail to Mr Yadav after he appeared before it in pursuance to the summons issued against him in the matter related to alleged irregularities in granting the operational contract of two IRCTC hotels to a private firm.