A bench of Acting Chief Justice Gita Mittal and Justice C Hari Shankar said the authorities needed to look into the matter and take a view "expeditiously". 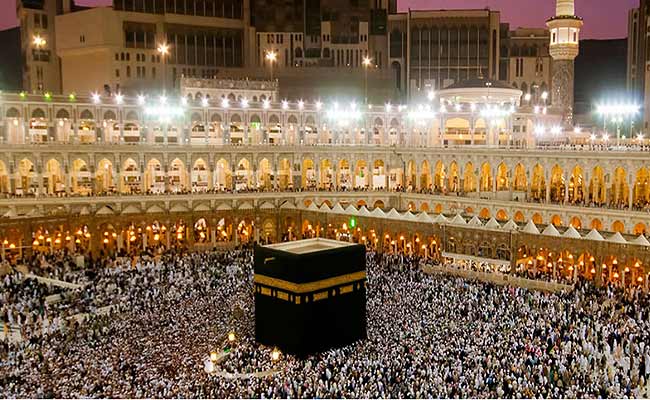 New Delhi: The Delhi High Court today asked the centre to examine grievances raised in a PIL seeking an independent Muslim body to look into arrangements for Haj pilgrims, holding that it was an important issue which needed its "considerable view".

A bench of Acting Chief Justice Gita Mittal and Justice C Hari Shankar said the authorities needed to look into the matter and take a view "expeditiously".

"The respondents (the centre and the ministries concerned) need to examine and take a view thereafter expeditiously. The decision should be communicated to the petitioner (advocate)," the bench said.

It added, "We are of the view that it should be looked into as it was an important matter".

The court thereafter disposed of the petition while directing the government to treat the PIL, filed by Delhi- based advocate Shahid Ali, as a representation and take a considerable view of it.

The plea referred to a recent notification of the centre, scrapping a subsidy for cheaper flights for the pilgrimage.

Since the subsidy had now been scrapped, it said there was no need for a government-controlled panel to manage its affairs and the Haj Committee Act 2002 was also liable to be quashed.

The central government had in 1959 introduced a subsidy for air travel between Bombay and Jeddah. Other flights on Air India, the state-owned carrier, were added over time.

"Pass order or direction or issuance of an appropriate writ, thereby quashing the present Constitution of the Haj committee and further allowing Muslim citizens of India to formulate their own body," the plea said.

It pointed out that the Sikh community in India was allowed to set up its own body to manage its minority affairs under the Sikh Gurudwara Act, 1925.

The question of whether the government should continue to look at the affairs of the Haj Committee, right from inviting applications for Haj till the return of Hajis after the pilgrimage, had acquired importance after the centre scrapped the subsidy, the petition said.

Promoted
Listen to the latest songs, only on JioSaavn.com
It said an independent agency without any control of the government should deal with the issues.

The plea has also sought direction to the Ministry of Civil Aviation to either float open tenders inviting bids from all existing airlines flying between India and Saudi Arabia or allowing pilgrims to directly purchase tickets for their Haj flights.