Kerala and Maharashtra account for almost 70 per cent of all active COVID-19 cases in India, which has been seeing a declining trend in the number of cases and deaths due to the coronavirus disease. 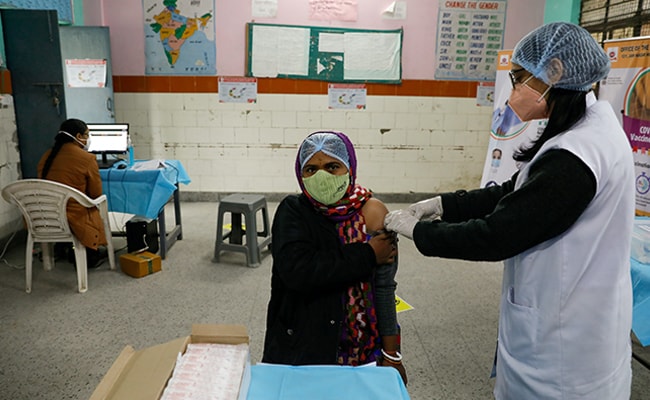 The Health Ministry has sent high-level, multi-disciplinary teams to Kerala and Maharashtra, which account for almost 70 per cent of all active COVID-19 cases in the country.

The teams have been tasked with supporting the states and working closely with them to "take a stock of on ground situation and recommend necessary public health interventions to contain" the case count, the Health Ministry said.

"Kerala and Maharashtra continue to report large number of cases. At present, these two states alone are contributing to almost 70 per cent of all active COVID-19 cases in the country," an official statement read.

The order was issued on Tuesday when India reported the lowest single-day Covid case rise in nearly nine months at 8,635. Kerala and Maharashtra had the highest cases at almost 3,500 and 2,000, respectively. They were also the only states where the daily infections were above the 1,000-mark.

India's active case count -- used as a measure to check the spread of a disease -- is 1.63 lakh, latest data shows. Of this, 1.14 lakh are in Maharashtra and Kerala.

Last week, the centre declared that India has flattened its COVID-19 graph after the first wave of infections peaked in September.

However, it raised concern about pandemic management in Kerala and Maharashtra.

"The two states still have 40,000 or more active cases - Kerala with 72,000 cases and Maharashtra with 44,000 cases... Together, these states also account for 67 per cent of all (active) cases," Union Health Secretary Rajesh Bhushan had said.

On Tuesday, though the active cases in Kerala had dropped to about 69,500, there was little improvement in Maharashtra's tally which was almost 45,000.

India has been reporting fewer cases across districts as its immunisation programme - started January 16 -- covered 39.5 lakh people with two vaccines - Covaxin and Covishield.

A total of 1,07,66,245 infections have been logged since January 30 last year when Kerala reported the country's first coronavirus case. Total deaths stand at 1,54,486.