Migrant workers returning to Assam will be trained to develop their skills and absorbed in the state, the chief minister said. 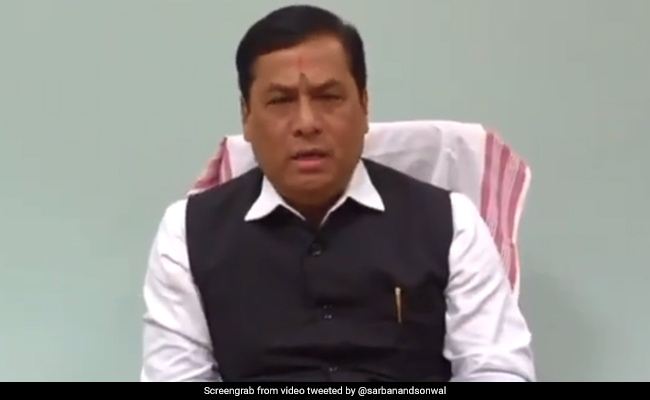 Assam has been losing around Rs 1,000 crore every day because of the COVID-19 induced lockdown, Chief Minister Sarbananda Sonowal on Friday said, quoting a survey by the Confederation of Indian Industry (CII).

Migrant workers returning to Assam will be trained to develop their skills and absorbed in the state, the chief minister said.

Terming the Rs 20 lakh crore special financial package announced by the Centre a "game-changer", he said around 24 lakh people in over one lakh micro, small and medium enterprises (MSME) in the state will immensely benefit from it.

"This package will change the current economic scenario of the country towards growth. The Centre and states are facing huge problems due to the halt in economic activities on account of the lockdown," he said.

Asked about the losses Assam has incurred since the lockdown was announced in late March, Mr Sonowal said the state has not calculated any estimate as of now on this aspect.

"The CII did a survey and they told us that Assam lost Rs 1,000 crore daily. We are going by their survey as they are experts in such studies," he added.

On the Central package, the Chief Minister said the state government will devise a road map to utilise the funds for the MSME units in consultation with all the stakeholders, including the owners and industry bodies.

"In Assam, 99.9 per cent of the industries are MSME units, which contribute 39 per cent of the state's GDP. The package announced by the Union Finance Minister Nirmala Sitharaman will benefit Assam tremendously," he added.