A case was registered against A John Kumar on a complaint from the Revenue Department officials. 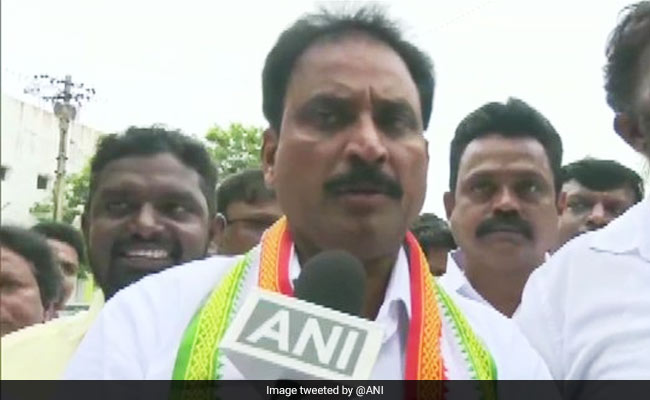 This is the second time that John Kumar had been chargedof the same offence.

A ruling Congress MLA, a close confidante of Puducherry Chief Minister V Narayanasamy, has been charged for the second time for allegedly violating the COVID-19 lockdown orders and distributing relief materials in his village drawing a crowd of over 150 people, police said on Tuesday.

A case was registered against A John Kumar on a complaint from the Revenue Department officials that the MLA along with others was distributing rice bags to over 150 people near his house in neighbouring Nellithope village on Monday, in violation of the rules, they said.

He was charged under Indian Penal Code sections 188 (disobedience to order duly promulgated by public servant), 269 (negligent act likely to spread infection of disease) and provisions of the Disaster Management Act and the Epidemics Act, police said adding further investigation was on.

This is the second time that John Kumar had been charged of the same offence.

The police had last month registered a case against the legislator and others for allegedly violating the lockdown and distributing vegetables to around 200 people outside his house.

Meanwhile, the Excise Department has suspended licences of 22 liquor and arrack shops for illegally selling the brew during the ongoing lockdown, police said.

The day also saw the Chief Minister, Welfare Minister M Kandasamy and the Congress MP V Vaithilingam paying floral tributes to a statue of BR Ambedkar on the occasion of his birth anniversary while observing social distancing.

There was also restrictions on the number of people paying homage to BR Ambedkar in view of the ongoing lockdown to contain the spread of the COVID-19, an official source said.