Read inOther Languages
This Article is From Apr 11, 2020 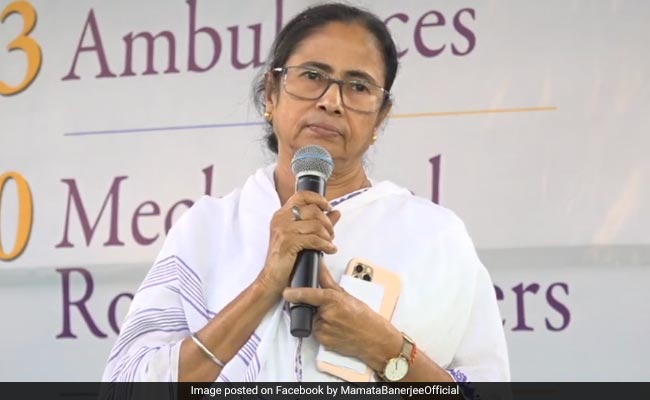 Bengal Chief Minister Mamata Banerjee today said she would support Prime Minister Narendra Modi's decision to extend the coronavirus lockdown till April 30. Her support came with an appeal to the Prime Minister during the four-hour video conference with the PM and other chief ministers to not indulge in politics at this time of national crisis.

After a four-hour meeting the Prime Minister indicated the lockdown - scheduled to end on Tuesday - will be extended by two weeks. All chief ministers, including Ms Banerjee, expressed support, albeit cautiously. Ms Banerjee said it had to be done in a "humane and practical" manner.

"The Prime Minister today officially announced the decision to extend the lockdown till April 30. We had already said that we will support the decision of the centre as this is a time to fight for the country. So the lockdown will be in place here also till April 30," Ms Banerjee told reporters after the meeting.

However, she also complained about CSR (corporate social responsibility) funds getting tax breaks on being donated to either the PM Cares Fund or the PM Relief Fund, while the breaks were absent on donation to state funds.

"Why should state relief funds not get CSR funds? States are cash-strapped and this decision is an attack on the federal nature of the country," she said.

She also demanded a Rs 10 lakh crore fund for states to boost health infrastructure and the economy and asked for more public spending from the centre on health.

The Chief Minister pointed out that the United States was going to spend 10 per cent of its GDP in this area, while the United Kingdom will spend 15 per cent and Japan 20 per cent.

"India should be spending much more. At least six per cent of its GDP should go into healthcare," she said.

Bengal has reported 105 active COVID-19 cases and five deaths. Across the country there are over 7,500 cases and 242 deaths. Worldwide over 17 lakh people have been infected and more than one lakh have been killed.