The move seems to indicate the next three weeks of lockdown may not be as stringent, said Anubhuti Sahay, head of South Asia Economic Research at Standard Chartered Bank. 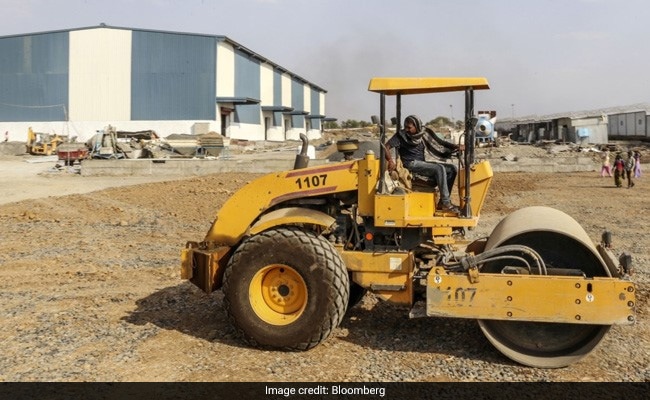 Amid a three-week lockdown that's been extended to May 3, the government will also lift restrictions to allow e-commerce companies, goods movement by roads, as well as restart port and air cargo operations, the Ministry of Home Affairs said in a statement on Wednesday.

"To mitigate hardship to the public, select additional activities have been allowed," the ministry said, noting that states were responsible for ensuring that all safety and social distancing protocols were in place. The exemptions won't be applied to the dozens of virus containment zones, according to the order.

Allowing industries in rural areas, including food processing, mines, packaging material, oil and gas exploration and refineries, to resume operations will provide livelihood for workers in India's vast hinterland. More than 450 million informal sector workers who depend on daily wages as low as $4 have been without work for nearly three weeks since the restrictions were imposed. The government will also allow farming that employs about 800 million people directly or indirectly.

India has so far reported 11,487 infections and 393 deaths, according to data from Johns Hopkins University.

The move seems to indicate the next three weeks of lockdown may not be as stringent, said Anubhuti Sahay, head of South Asia Economic Research at Standard Chartered Bank.

"With the government allowing some economic activity to restart, especially in labor-intensive sectors, there's a likelihood that the economic hit may not be as bad," Anubhuti Sahay said by phone on Wednesday.

Standard Chartered had estimated India's GDP would be hit by 200 basis points after the lockdown was extended and had forecast a GDP growth of 0.7% in 2020-21. "This is the weakest we have seen India grow in more than three decades."

Farm sector is likely to be the lone bright spot for the economy with expansion topping 3% in the year started April 1, Ramesh Chand, an adviser to PM Modi, said in an interview. On Wednesday, the country's weather office said annual monsoon rains will be normal.

In announcing the extension of the lockdown on Tuesday, PM Modi acknowledged the impact on the economy and said one of his top priorities was to reduce the difficulties being faced by those who earn a daily wage, after the sudden shutdown prompted tens of thousands of migrant workers to flee from cities to villages after they lost work, prompting fears of starvation.

India was on track to grow 5%, its weakest expansion in more than a decade in the fiscal year that ended in March. Now it's looking at a further downturn.

India may be losing close to 400 billion rupees ($5.2 billion) daily due to the lockdown with an estimated loss amounting to as much as 8 trillion rupees during the past 21 days, Sangita Reddy, president of the Federation of Indian Chambers of Commerce and Industry, said in a statement, adding close to 40 million jobs are at risk during the April to September period.