Cities (Or Areas Within Them) With Highest Positivity Rate

On the top of the weekly positivity rate chart is Goa that votes next month (36.1 per cent) followed by West Bengal (31.5 per cent)

India is battling an Omicron-driven unprecedented Covid surge, and 11 states have registered a weekly positivity rate higher than that of the national average (15.2 per cent) in a worrying trend.

This morning, the Health Ministry said 2.58 lakh new patients were registered, down from 2.71 lakh on Sunday. During this period, however, only 13 lakh tests were carried out which is not the country's maximum potential. Historically, throughout the pandemic, such dips have been seen on Tuesdays. At the peak of testing (16.6 lakh tests), the country had registered 3.25 lakh cases.

Also, this morning, the country registered a record positivity rate amid the third wave at 19.5 per cent - the highest since May 16, when the second wave was pushing the healthcare system to the brink.

On the top of the weekly positivity rate chart is Goa that votes next month (36.1 per cent) followed by West Bengal (31.5 per cent) - this indicates that one in three people are testing positive in these states. 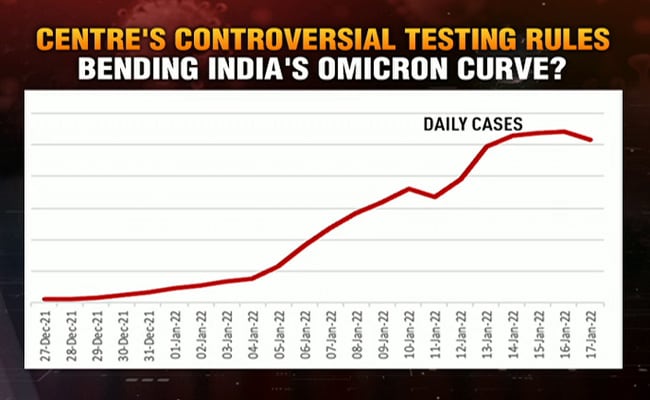 India Covid Cases: The surge in cases since Dec 27.

In Bengal, crowd-pulling religious festivals such as Gangasagar Mela have been questioned by critics. 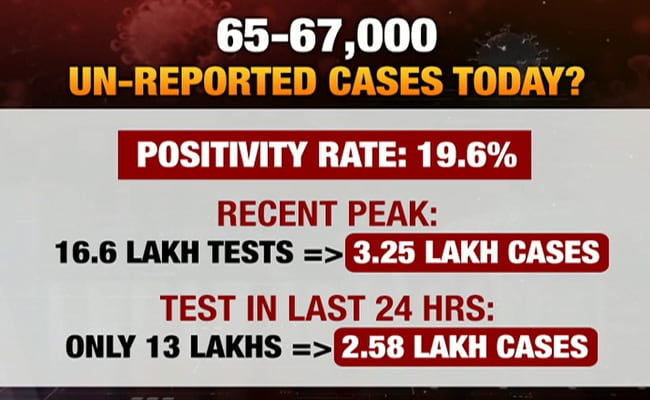 Is India testing to its maximum potential? In the last 24 hours, 13 lakh tests were conducted.

Punjab and Mizoram are among the five states voting in the February-March elections. 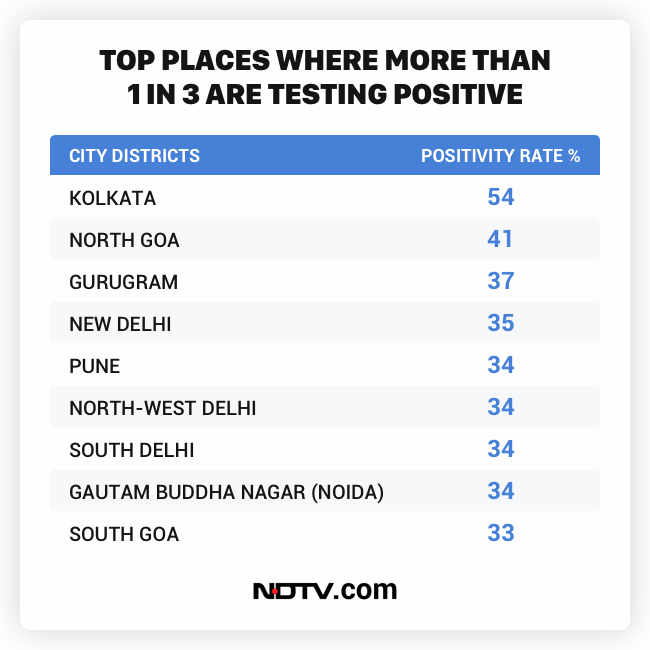 Districts with the highest positivity rate.

Among the districts, the spread of the virus is most alarming in Kolkata (54 per cent) followed by North Goa (41 per cent), Gurgaon (37 per cent), New Delhi (35 per cent). Pune, North- West Delhi, and Gautam Buddha Nagar, which includes Noida, have a positivity rate of 34 per cent.

In South Goa, very popular with tourists, one in three people are testing positive (33 per cent).

The alarming positivity rate has been registered despite the fact that last week, India's top medical body ICMR had said that those asymptomatic and close contacts of Covid patients do not need to get tested.