With 22 Lakh In Quarantine, "Unlock2" Said To Focus On Containment Zones 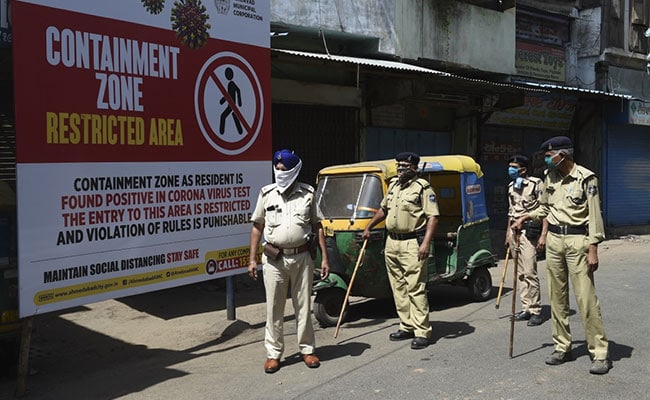 With over 5.5 lakh COVID-19 cases and more than 22 lakh people in home isolation or quarantine, tightening of the containment strategy to stop further spread of the infectious virus is likely to be the focus for "Unlock2", the next phase of the coronavirus lockdown.

This means there are unlikely to be too many relaxations, apart from those already announced, in guidelines restricting movement of people and resumption of economic activities.

The current phase of the lockdown - "Unlock1" - came into effect June 1 and ends at midnight Tuesday.

In their conversations with the centre, states experiencing a surge in COVID-19 cases since "Unlock1" are either opting for an extension of lockdown or are mounting strict surveillance in containment zones.

"States that have seen a major spike in cases are opting for tightening of rules," a senior Home Ministry official said. The Union Home Ministry is the focal point of the coronavirus strategy and is collecting data regarding both positive cases and those in quarantine.

The Home Ministry official also said the centre is particularly worried over people currently in home isolation and who need to be under strict surveillance to ensure they do not break quarantine.

According to ministry data Uttar Pradesh and Maharashtra have contributed over 50 per cent of the number of people isolated at home, followed by Gujarat, Chhattisgarh and Odisha. The centre has already advised these states to step up surveillance in containment zones.

"More cases are coming up in UP because testing has been increased," a senior Home Ministry functionary explained.

Maharashtra has already extended the lockdown to July 31.

As far as UP is concerned, cities like Agra, Meerut and those forming the National Capital Region, including Noida, contribute maximum share of caseload; this is both in terms of positive cases and quarantine numbers.

Gujarat is the third highest contributor in terms of quarantined cases, with the state government reporting that as many as 2,38,131 are in home isolation.

Both UP and Madhya Pradesh have announced door-to-door surveys; they join Goa, Delhi and Odisha in conducting, or planning to conduct, such an exercise.

Meanwhile, a 14-day lockdown began Sunday evening in Assam's Guwahati and around 36,000 people in Tamil Nadu are under quarantine, with the state government fearing another spike in infections.

The ruling AIADMK also requested Southern Railways to cancel seven special trains, till July 15, scheduled to operate within the state on Monday.

Manipur Chief Minister N Biren Singh has also announced an extension of lockdown by 15 days. The northeastern state has 1,626 people in home isolation.

In Delhi Union Home Minister Amit Shah has asked authorities to implement a revised strategy after a major surge in COVID-19 cases.

Containment zones in the city have risen from 218 to 417 after a re-mapping and around 2.45 lakh people have been screened in a mammoth house-to-house survey. Delhi has 19,313 people in home quarantine.