Domestic Flights: Top executives at three Indian airlines said they learned about the move when the aviation minister tweeted it. The executives asked not to be identified citing rules on speaking to the media. Airline shares surged. 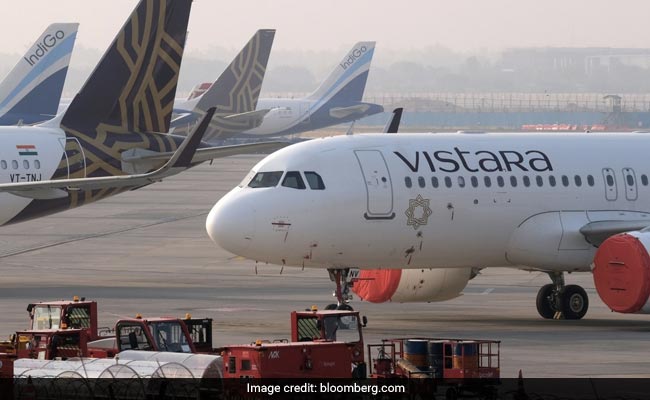 India's decision to resume domestic flights from May 25 was a bolt out of the blue for most of the country's aviation companies.

Top executives at three Indian airlines said they learned about the move when the aviation minister tweeted it. The executives asked not to be identified citing rules on speaking to the media. Airline shares surged.

Most airlines have suspended ticket sales at least until June 1 and were staring at a longer stint on the ground, until the minister announced the government's plan to reopen the skies. Many are puzzled as the lifting coincides with India emerging as a nation where coronavirus infections are spreading at the fastest pace in Asia.

While airlines, strapped for cash due to the shutdown, were waiting for a decision, the short notice makes it harder for them to prepare for operations, deploy staff, arrange for protective gear, and ensure the virus stays away from flights, the people said.

Technical teams of the Directorate General of Civil Aviation, the industry regulator, will meet airlines on Thursday to finalize a curtailed schedule "as quickly as possible," before tickets go on sale, Arun Kumar, the head of the DGCA, said in a text message.

Domestic civil aviation operations will recommence in a calibrated manner from Monday 25th May 2020.

All airports & air carriers are being informed to be ready for operations from 25th May.

SOPs for passenger movement are also being separately issued by @MoCA_GoI.

The issue shows the challenge airlines face as the world gradually opens up the skies even as new virus hotspots emerge. The situation is particularly alarming in crowded India, where movement of people from its mega cities to the hinterland has already catalyzed the virus's spread despite a near two-month nationwide lockdown.

Airlines around the world have struggled to remain in business, with some shutting down, as travel restrictions dried cash flows. The ban on local flights -- which came into effect on March 25, just days after a ban international operations -- prompted industry analysts at CAPA Centre for Aviation to speculate that struggling airlines would have to sell shares to stay alive.

India's airlines, including InterGlobe Aviation Ltd.'s IndiGo, Asia's biggest budget carrier by market value, SpiceJet Ltd., Singapore Airlines Ltd.'s affiliate Vistara and AirAsia Group Bhd.'s local partner, have 650 planes between them in their fleet. The country is one of the biggest market for Airbus SE and Boeing Co.

Shares of IndiGo jumped as much as 9.9% Thursday in Mumbai, making it the best-performing stock on the S&P BSE100 index. SpiceJet rose as much as 5.1%.

Infections in the nation of 1.3 billion people were at 112,028, including 3,434 deaths, as of Thursday morning, according to data from Johns Hopkins University.